Goafest 2015: ‘The quality of work has raised the bar this year’

This year, the number of entries for Media Abbys increased to 674, while 62 entries were received for the Publisher Abbys 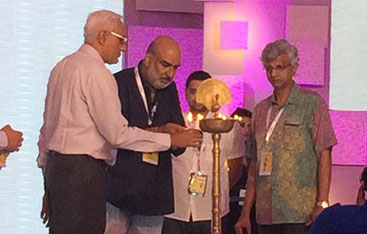 Goafest 2015: ‘The quality of work has raised the bar this year’

This year, the number of entries for Media Abbys increased to 674, while 62 entries were received for the Publisher Abbys

Goafest 2015 has kicked off on a positive note, with the organisers receiving more entries for the Media Abbys category than the previous editions. This year, Media Abbys received 674 entries, as compared to 619 entries received last year, making it the highest number of entries ever for the Media Abbys. A total of 53 media agencies had submitted their work for the 2015 edition, while 52 agencies participated last year. This edition had 74 awards being given away, including 12 Golds, 23 Silvers and 39 Bronzes.

For Publisher Abbys, the organisers received 62 entries, with entries from 10 publishers, which is the same as last year. This year, 17 awards given away, including four Gold, six Silver and seven Bronze metals, whereas 20 awards, including seven Golds, seven Silvers and six Bronzes were awarded last year.

Commenting on the entries received for this year’s awards, Pratap Bose, President, The Advertising Club and Chairman of The Awards Governing Council (AGC), said, “The quality of work has been somewhat same like last year. The judging process has been very good. Media and Publisher categories are relatively new and will take some time to settle down. Though the Publisher Abby category did not witness growth in terms of numbers this year, the Media category did. I feel the only reason behind the same is may be that the word-of-mouth has not been spread much, which is what we will keep in mind for the next year.”

MG Parameswaran, President, AAAI, said, “Last year, Goafest was moved to May and there was some kind of uncertainty too about the fest. But this time, since we are holding it at our usual time, it sends out a strong signal to those agencies who wanted to participate but could not. Hence, there is an increase in the number of entries. The quality of work has also raised the bars.”

Nakul Chopra, Chairman, Goafest 2015 and Vice-President of Advertising Agencies Association of India (AAAI), also agreed that the quality of work had gone up, as had the number of entries. “This clearly marks the fact that Goafest is growing year on year,” he added.

Shashi Sinha, CEO, IPG Mediabrands India, added here, “Goafest has been growing really well every year, and this time too it has started on a positive note.”