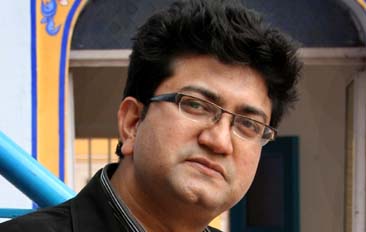 “When you the get the warm hug from your own fraternity where you have grown up, that is very special,” said the Chairman, McCann Worldgroup Asia Pacific

Prasoon Joshi, Chairman, McCann Worldgroup Asia Pacific, was felicitated by the advertising fraternity at the ongoing Goafest 2015 on receiving the Padma Shri, the fourth highest civilian award of India.

Speaking to BestMediaInfo.com about the special recognition received from the fraternity, Joshi said, “When you the get the warm hug from your own fraternity where you have grown up, that is very special. In our days, advertising was not that well-known, especially from where I came.”

Recalling his early days before he got into advertising, Joshi revealed, “For a long time, my father used to think that I worked in the publicity department, and so it was a crazy decision for that time. After doing your MBA, you are normally expected to go into marketing or a well-chartered path. I took this path to write, and I knew the realities that you cannot make a living out of poetry. People want poetry, but they want it like fresh air and water. But, nobody wants to pay for it. The truth dawned upon me as my book was published and I was not able to survive on it. It was not that easy. Advertising came as something which really gave me a way to earn my living out of my pen, and so I will always be indebted to the profession for letting me survive.”