The Advertising Awards will be led by Grey London’s Nils Leonard, while Havas Work Club’s Andy Sandoz will head the Digital Awards jury 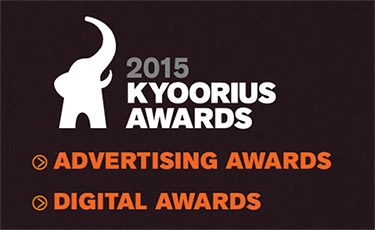 The Advertising Awards will be led by Grey London’s Nils Leonard, while Havas Work Club’s Andy Sandoz will head the Digital Awards jury

Kyoorius, in association with D&AD, has announced the jury members for the 2015 Kyoorius Advertising and Digital Awards. The nine-member advertising jury comprising of international and Indian agency representatives, will be led by Nils Leonard, Chairman and Chief Creative Officer, Grey London. The Kyoorius Digital Awards will be helmed by Andy Sandoz, Creative Partner, Havas Work Club and Deputy President of D&AD.

Commenting on the jury mix for the awards, Rajesh Kejriwal, Founder CEO, Kyoorius, said, “Our jury members represent the best of advertising and digital today. They raise the bar for the quality of work we expect to be entered and also bring experience judging international awards shows like D&AD. We want work to be judged on its merit, irrespective of language or cultural reference, thus a diverse jury is essential.”

Along with Leonard, the other jury members for the Advertising Awards include:

For the Kyoorius Digital Awards, the five-member jury along with Sandoz includes:

As per the Kyoorius and D&AD’s rigorous judging criteria, voting is always done in private, never by a show of hands. All jury members will gather in India from April 29 to May 2 in Mumbai to review, discuss and elect the best of the best over an intensive three-day session which will be open to the public.

As reported earlier, the call for entries opened on March 2, 2015, with the submission deadline set for April 10, 2015. The awards night is scheduled for May 22, 2015 at the NSCI Stadium in Mumbai.