One publication each in English, Hindi and Language dailies categories witnesses decline in the latest round of IRS 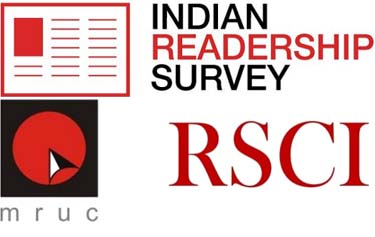 One publication each in English, Hindi and Language dailies categories witnesses decline in the latest round of IRS

Media Research Users Council (MRUC) has released IRS 2014 data today which will be a one-time release, similar to IRS 2013.

Among English dailies, The Times of India remains numero uno with an average issue readership of 75,90,000 against last year’s 72,54,000. Hindustan Times has also registered growth and recorded an AIR of 45,15,000. The Hindu remains third largest read English daily with a readership of 16,22,000.

Malayala Manorama has retained its leadership position among language dailies with an AIR of 88,03,000. Tamil daily ‘Daily Thanthi’ retains No. 2 position with an AIR of 82,83,000. Malayalam daily ‘Mathrubhumi’ remains the most read language daily with a readership of 60,20,000. Marathi daily ‘Lokmat’ has jumped to fourth position and recorded an AIR of 58,87,000.