In an interview, the CEO of BARC India explains that the security of the system was a high priority and the process architecture is such that “the right hand doesn’t know what the left hand is doing” 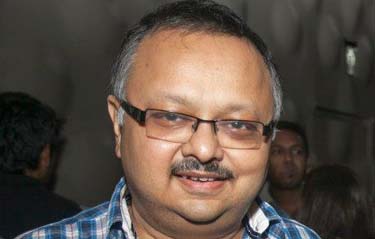 In an interview, the CEO of BARC India explains that the security of the system was a high priority and the process architecture is such that “the right hand doesn’t know what the left hand is doing”

As the rollout date nears for the BARC television audience measurement system, its Chief Executive Officer, Partho Dasgupta, is constantly ensuring that every possible angle is taken care of. With all eyes on the new system following issues with the existing ratings system, he doesn’t want to take a chance. Despite his hectic schedule, Dasgupta took time out for a candid chat with BestMediaInfo.com on how the system has shaped up, and what the industry can expect from BARC in the coming months. Excerpts from the conversation:

How has the last year and a half been for you, as the head of the most-talked about subject in the Indian advertising and media industry?

It was a rollercoaster ride. None of us in this BARC team have done this before. Apart from one person who came on board a couple of months back in the business development team, none of us has done television audience measurement business before. It is a great thing for us because we don’t come with the baggage. We know the logic, and hence we are implementing stuff. We have always looked at new things to do, which is what we have done. This whole tech approach that we have taken instead of a research approach is again because we came from that mindset. It is a great journey, and the last bit is still left.

There was a delay in getting some of the initial research data, which formed the basis of the process. Without that I can’t start the sampling design or the field research. That is what led to these delays.

The major concerns of the previous television rating systems were ‘panel data leaking’ and ‘corruption of panel’. How are these concerns being addressed in the new BARC system? How tamper-proof is the new system?

What we are doing is that people can’t infiltrate the panel. The security of the system becomes very high. The first big thing in the process is that the right hand doesn’t know what the left hand is doing. 110 countries in the world typically have a process where they go to a Nielsen or a Kantar. Why did we create this entire complicated process for ourselves? Purely because India cannot do with just 20,000 meters, it has to go to 50,000. And, with their kind of costs, it never would have happened. We first wanted to break cost, and which is what we have done.

One of the biggest complaints for the existing system is that you can very easily break it and use it to your advantage. The whole approach for BARC is that the tech guys would see the data but they don’t know where it is from. The research guys actually know where it is from, but they don’t get to see the data at all. Even within the research team, there are different sets of people. Some are inside BARC, some with the design quality agency, and some at the field level.

There are three sets of household IDs, all interlinked through a random number generation technique which is encrypted. So, the quality design team can say that this is the quality of this household based on which you recruit, but beyond that point will not get the address. The field guys know the addresses, but they don’t have access to the entire data at any given point in time. We have given all the field guys an Android-based tablet where we upload addresses only for the ten or twenty households that the respective person has to visit. So, down the pyramid, we are limiting who can get how many numbers of household addresses. The process has been set up in such a way that nobody can get the entire 22,000 households list or even an entire zone’s list.

Moreover, all the 600 field professionals have been vigilance checked to understand their socio-economic indicators. We had taken off 109 people from what Hansa had originally proposed. We can cross-check their data at any point in time.

We have put together a software-led validation process. There is a Bengaluru-based company which is helping us with predictive analysis. So, they kind of try and predict all your unpredictable behaviour and look at the merit of it. Simply said, if you are someone watching Star Plus for half an hour, and suddenly you are watching it for four hours every weekend, that would show up as unpredictable behaviour. So, there is AI software which gets better as we use it that is running behind for validating. The moment it figures out that there is an ‘outlier’, we have a vigilance team that starts tracking that home. Moreover, with the buffer meters that we are deploying, we will stop pinging data from a particular meter if we have the smallest of suspicion.

The other big thing that we are trying to do is that if a broadcaster is caught tampering with the data, the license agreement stipulates that they will not receive any ratings for six months. That is enough of a deterrent for any broadcaster who depends on advertising monies.

Ultimately, we have fool-proofed it 99%, but because people are involved, that 1 per cent will always be there.

Many broadcasters are keen to know if daily ratings will be made available by BARC. aMap, which is now defunct, used to do that. What about BARC?

Why daily? I can ping the data every eight seconds! But the point is that it will be a big disservice to the broadcasters. Seventy per cent of India doesn’t get power for more than seven hours a day. What we will get are multiple cells and demographics with zero values. As a result, broadcasters’ selling point will not be there anymore. Hence, we have to aggregate data to a certain extent, say, a week in this case. And, I feel, smaller broadcasters should aggregate even more, otherwise they won’t get data points even with this sample size.

There were reports in the media about BARC’s alleged conversations with TAM about a potential buyout. Can you throw some light on why you went into such a dialogue?

The Teleview offered on BARC is quite interesting. How can the different kinds of users benefit from it?

Teleview is primarily a broadcasters’ tool – whether Narendra Modi’s face stops the remote or Lalu Prasad Yadav is the preferred face. Similarly, in a GEC storyline, whether a thappad is the difference or a kiss makes the difference. It is a huge tool which they can use to actually quantifiably understand what works and what doesn’t.

The Optimiser tool is a big one for agencies. Typically, they used to buy it outside. Meanwhile, the switchers which can track from which channel have a viewer switched to or which channel they are switching to, is a huge tool for marketers.

What is the status of ad spot monitoring service from BARC?

We are almost ready with the service. We are planning to roll it out before the audience measurement.

The new NCCS has been a marked change. What has been the feedback from industry professionals on the new classification system?

We have received very strong support from the industry. Companies like HUL and P&G are already using it in some format. People have already welcomed the change.

In terms of coverage, BARC intends to cover a significant region. How much region has been covered, and how was this last-mile reach achieved?

It is mind-blowingly difficult. We are using 19 depots around the country where the meters go, and people take it by hand to the households. Again, out of the five-odd telecom providers, we had to identify which one works the best in each region. It was a full logistical nightmare. We have faced issues like people getting arrested because they think it is telecom equipment that we are connecting.

Will there be a regulatory mechanism to oversee BARC’s ratings?

We go by TRAI’s ministry notifications. We will be independently audited according to TRAI’s recommended operations.

The reported anomalies and variance in data from TAM had been a major cause of concern for subscribers. How will that be addressed by the BARC ratings?

When you view statistically irrelevant samples, there is bound to be huge volatility. With the colour coding of the cells, we are forewarning researchers what kind of data you are looking at. You use the 1000+ data, the relative error results will be lower.

Niche channels got the short end of the stick with the earlier system. What are the steps taken by BARC to address this?

Thirty per cent of our meters are in the six metros. That itself means that it almost double of the incumbent. We are going very deep in the so called English speaking audiences. What I can assure is that they will get a much richer data than before.

Comparisons between TAM and BARC data will be inevitable since the former will continue to roll out data. What impact do you foresee from this “quiet comparison”? Will we see ‘corrections’ from either of the players?

I don’t think we have the ability to do such corrections. When you are increasing the sample size, there can be some people who will not like that. That is bound to happen. What we don’t want to happen is what happened with some other measurement systems, where something illogical came up. As long as it is logical and one can explain it, it is fine.

With most broadcasters and media agencies cutting out TAM from March 31, and BARC likely to roll out towards the end of April, we are likely to see a ‘ratings dark’ period of about a month. Could this not have been avoided?

This is a discussion primarily between agencies, broadcasters and advertisers. I don’t want to comment on this.

What are the steps undertaken by BARC to make it economically viable for the industry to subscribe?

The total price paid by the industry to the incumbent today and even to us tomorrow will be the same. How it breaks up will change. Currently, it’s all negotiated pricing. What we are trying to do is scientifically arrive at logic for the pricing.

What are the revenues expected to be generated for BARC in the initial year of operation?

What is the future roadmap for BARC?

We are looking at measuring local beams of channels like Star and Zee. That’s quite significantly on our radar. The second thing that we are looking at is digital. This technology is capable of picking up digital measurement, but we have to enhance it. We have these two on the immediate horizon.