Created by Ogilvy & Mather, the campaign involving print and radio ads, TVCs and a microsite has succeeded in making tourists and travellers look at Diu with new eyes 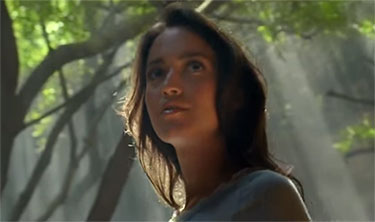 Created by Ogilvy & Mather, the campaign involving print and radio ads, TVCs and a microsite has succeeded in making tourists and travellers look at Diu with new eyes

The tourism industry is abuzz with a flurry of marketing activities. Every state is jostling to woo vacationers to come and visit them. Backed by heavy media spends, they are going all out to display their many wonders and numerous holiday options. In such a competitive market space, does a small Union Territory like Diu stand a chance? Does it have enough to interest the tourist and the traveller alike? Ogilvy & Mather, the creative agency in charge of the advertising duties for the Union Territory, certainly thinks so.

Explaining the thought behind the recent campaign for Diu Tourism, Sumanto Chattopadhyay, Executive Creative Director, South Asia, Ogilvy, said, “Despite the serene natural beauty, the Portuguese heritage and other attractions of the place, Diu is a blind spot for most tourists and travellers. To make them look at Diu with new eyes, we have re-branded it as ‘Ilha de Calma’ – Portuguese for Isle of Calm.”

When the agency did research into what people thought of Diu, they were surprised to find that most people didn’t know where it was. Many thought it was close to Daman. In fact, many others considered it only as a watering hole for the adjacent dry state of Gujarat. But truth is something else; this place has immense natural beauty, rich Portuguese heritage, some of the most stunning architecture and certain attractions that no other state in India has. What makes the island unique is its serene and calm climate.

The one week long teaser campaign kick-started with four print ads, each with one stunning image from the island, and signed off with the logo of Ilha de Calma. The copy invited readers to search for the mysterious island on www.ilhadecalma.com. The microsite let people explore parts of the unknown island and ended with a contest to spot the correct location of the place. A detailed online plan pushed the awareness of the site through web ads. Radio was used to educate listeners on how to pronounce the name and also diverted traffic to the microsite. Twenty-second TV commercials completed the teaser campaign, each with a single stunning and meandering shot of the place, ending with the message, ‘Find your Isle of Calm. Ilha de Calma’. “Once we had deployed the teaser ads to get people interested and talking about this new mystery place, all that was left to do was to reveal that it is, in fact, Diu,” added Chattopadhyay.

He further commented on the risks and rewards of the campaign. “It was brave of the client to go with a campaign like this. And it has worked. People have noticed it and are talking about it. The conversion from chatter to bookings should follow soon. It is a sustained long-term effort,” he said.

The reveal TVC launched a week after the teaser campaign. It starts with a young woman executive stuck in her busy chaotic life. A sudden break in the chaos happens when we cut to the serenity of the island. We watch her indulging herself in the calm surroundings and experiences of the island. The commercial ends with her enjoying the sunset atop a lighthouse as the logo of Diu, Ilha de Calma, is revealed. Follow up press ads in major newspapers completed this phase of the campaign. A full-fledged website, www.visitdiu.in, was also launched to complete the digital presence.

Thumbs up from creative heads

KV Sridhar aka Pops, Chief Creative Officer, Sapient Nitro loved the ad. He initially thought it to be some foreign tourism ad because of Spanish words like ‘IIha de Calma’ and mind blowing scenic beauty. “When I saw that Diu was shown, it was then that I realised that how Goa has hijacked both Daman and Diu. The ad beautifully portrays the serenity of the place and creates a desire to go the place. I loved the strategy which they have taken, which is to use the mood and the pace to get you the serenity in Diu,” he remarked.

Pops is of the opinion that tying up with films makes much sense than tying with up individuals because in case of films, the viewers get to see the place and also feel it. So it makes more merit.

According to Naresh Gupta, CSO, Bang In The Middle, “The campaign gets you. I heard enough people talking about it. The radio added to the entire intrigue. The actual site was also well crafted. For most, the place was more like Goa and not Diu. I think Diu is a hidden gem that many haven’t considered going there even if they are aware. It may have made them think that there is an interesting place to go to for the next vacation.”

The campaign, unlike many state tourism ads, has no celebrity on board. Will the masses be able to relate to it? Gupta added, “I think the campaign is not aimed at the mass end of the market. The campaign is aimed at the younger explorers, who look to be at a place that is not usual and often has a bit of brag value. Works well from that perspective.”

Yogesh Rijhwani, Assistant Creative Director, Scarecrow Communications, commented, “It was a treat to watch. It makes me want to get on a plane to Diu right away. The campaign manages to reposition Diu from being an obscure holiday spot to a luxurious haven. It could become the next Kerala for both, Indian and international travellers. I think the ad is targeted at an audience that’s looking for sightseeing. I think it will appeal more to the exhausted city dweller, who is always looking to get away.”