According to the Minister, this medium of information dissemination forms a part of the ‘Airwaves’, the monopoly of which does not lie with the state, but with the people 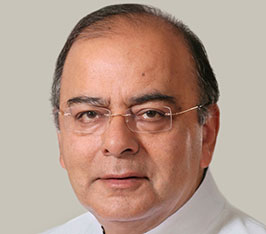 According to the Minister, this medium of information dissemination forms a part of the ‘Airwaves’, the monopoly of which does not lie with the state, but with the people

“Community radio as a medium of communication constitutes an integral component of the right to free speech and expression. This medium of information dissemination forms a part of the ‘Airwaves’, the monopoly of which does not lie with the state, but with the people or the community,” Arun Jaitley, Minister for Finance, Corporate Affairs and I&B, expressed these views at the three-day 5th National Community Radio Sammelan on the theme ‘Community Radio for Good Governance’.

Jaitley added that as a platform of communication, community radio formed a part of the tripartite stakeholder partnership, that is, the broadcaster, the person disseminating the information and the listener, who was keen for information, knowledge and dissemination of facts.

Elaborating further, the Minister said that the Government was committed to ensure that the sector was expanded and strengthened to achieve the goals of inclusive growth through social change.

Referring to recent ruling of courts, the I&B Secretary said that the airwaves declared public property were to be used for promoting public good and ventilating plurality of views, opinions and ideas, and the role of community radio was important in this context. During his address, Julka also outlined TRAI recommendations on Community Radio Stations (CRS)’ permissions and related issues. He mentioned that the terms of permission to would continue for five years; the duration of advertisement on a CRS would continue to be five minutes per hour; the stipulations that DAVP approved rates for advertisement on CRS were lowest and exclusive to DAVP to be relaxed in case of CRS.

Julka also referred to the TRAI recommendations related to the allowance to be given to Community Radio Stations to broadcast news and current affairs content, sourced exclusively from AIR in its original form or translated into in its local language/ dialect. This would enhance the mandate of the medium in the context of operating partnership with AIR.

The Ministry of Information & Broadcasting has so far issued 409 permissions to set up community radio stations in the country. Out of this 179 stations have become operational, while others are in the pipeline. The Ministry has also streamlined the approval process for setting up of Community Radio Stations. The applicants can now apply online and track the status of their pending application through a Comprehensive Community Radio Management Information System. The Ministry has also introduced a Plan Scheme to provide financial assistance to existing and new community radio stations for infrastructure/ equipment/ training/ capacity building, etc.