Eight mega blockbusters from the 1980’s to air starting from Sunday, February 22 till March 1, daily at 6 pm only on Zee Classic 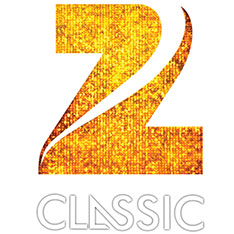 Eight mega blockbusters from the 1980’s to air starting from Sunday, February 22 till March 1, daily at 6 pm only on Zee Classic

It was known as the decade of experiments, slice-of-life cinema and the unforgettable rise of mainstream commercial cinema. Zee Classic, India’s one and only classic Hindi movie channel, is all set to air smashing blockbusters from 1980’s as a special treat to its viewers. Ranging from cult classics like ‘Mr India ‘to meaningful ‘Woh 7 Din’, the channel will showcase a variety of movies in its brand new season of ‘8 Days of 80’s starting from Sunday, February 22 till March 1, 2015 everyday at 6 pm.

‘Mugambo Kush Hua’ the haunting dialogue immortalised by none other than Amrish Puri in  Anil Kapoor and Sridevi starrer Sci-Fi ‘Mr India’ will be the first film to be telecasted under ‘8 Days of 80’s’ on Sunday, February 22. Directed by Showman Subhash Ghai and the movie that made Jackie Shroff a proverbial star – ‘Hero’ is slated to air on February 23. The next classic in the line-up to air on February 24 is Anil Kapoor starrer ‘Woh 7 Din’, incidentally, the inspiration behind Sanjay Leela Bhansali’s magnum opus – ‘Hum Dil De Chuke Sanam’.

The movie that made heads turn with Dimple Kapadia’s sensual performance alongside superstars Rishi Kapoor and Kamal Haasan – ‘Saagar’ is scheduled to air on Zee Classic on February 25. Subsequently, February 26 will see the airing of Sanjay Dutt’s debut film ‘Rocky’. The film featuring a sizzling chemistry between Mithun and Padmini Kolhapure, ‘Pyar Jhukta Nahin’ will air on February 27. Based on the theme of reincarnation, the musical drama ‘Karz’ starring Rishi Kapoor and Tina Munim is all set to entertain viewers on February 28. 8 Days of 80’s will conclude with Dharmendra and Hema Malini starrer adventure flick ‘Ali Baba aur 40 Chor’ on March 1.