The studio is looking to shape a new mainstream that does not see box office success and acclaim as two different goalposts, but one seamless outcome 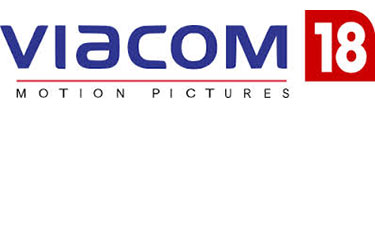 The studio is looking to shape a new mainstream that does not see box office success and acclaim as two different goalposts, but one seamless outcome

Exploring newer avenues with differentiated cinema, Viacom18 Motion Pictures (VMP) experimented with a wide range – from strong, script led films such as ‘Queen’ and ‘Mary Kom’ to ‘Transformers – Age of Extinction’ from their Hollywood slate in 2014.

Viacom18 Motion Pictures is now all set to enthrall movie buffs this year with a diverse film slate, appealing to varied audiences. This includes collaboration with Sanjay Leela Bhansali and Akshay Kumar for action drama ‘Main Gabbar’, which will hit theatres on May 1. Another venture includes the Hindi remake of ‘Drishaym’ starring Ajay Devgn. On the Hollywood front, the studio will be hosting two epic franchises – Arnold Schwarzenegger in ‘Terminator – Genisys’ and Tom Cruise in ‘Mission Impossible 5’.

Elaborating on the line-up, Ajit Andhare, COO, Viacom18 Motion Pictures, said, “VMP’s choice of films is centered around content that the new India wants to watch. This studio has consistently produced films that are shaping the new age Indian Cinema, whether it was ‘Kahaani’ and ‘Gangs of Wasseypur’ in the past or films like ‘Bhaag Milkha Bhaag’, ‘Madras Café’, ‘Queen’ and ‘Mary Kom’ recently. These films have found box office success and also emerged as winners in best film category across various awards. As a studio, we are constantly looking to define and shape a new mainstream that does not see box office success and acclaim as two different goalposts, but one seamless outcome; our slate for 2015 further builds on that approach.”