The jury has also been announced, which comprises of top creative minds from international, regional and Indian agencies 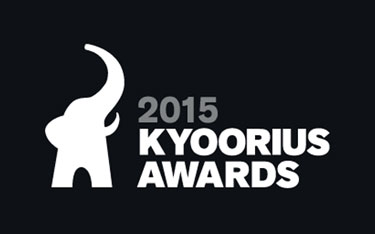 The jury for the 2015 Advertising & Digital Awards has also been announced, which comprises of top creative minds from international, regional and Indian agencies

Entries to the 2015 Kyoorius Advertising & Digital Awards will open on March 2. The jury for the 2015 Advertising & Digital Awards has also been announced, which comprises of a diverse mix of the top creative minds from international, regional and Indian agencies. Voting is done in private and all the jury members gather in India to review, discuss and elect the best of the best over an intensive three-day session in Mumbai, which will be open to the public.

This year, the Kyoorius Advertising & Digital Awards has also introduced a series of new categories that acknowledge emerging and under-recognised areas in advertising and digital communication. These include Branded Film Content & Entertainment, TV Cinema & Title Sequences, Show Programme Promotion, and Tactical Advertising for Press & Film. Recognising the popularity of last year’s Design for Good category, Kyoorius has created Advertising for Good, to appreciate campaigns and movements aimed at promoting social awareness. A complete list of categories and pricing is available at awards.kyoorius.com.

Rajesh Kejriwal, Founder-CEO of Kyoorius, commented, “The Kyoorius Awards recognise the wealth of talent that exists in the country. Last year, we were overwhelmed by the support from the creative communications and digital industries. In 2014, the Kyoorius Awards received 2,131 entries across all categories. This year, we hope to see a wider participation, with many more innovative and impactful campaigns and ideas from all sizes of agencies and all corners of the country. Show us what creativity can do!”

The Jury members for Kyoorius Advertising & Digital Awards are:

Awards night will be held at the NSCI Stadium in Mumbai on May 22, 2015