The show, to be aired on prime-time on the weekends, will bring out and discuss topics of national importance and interest, such as railways, education, healthcare and defence 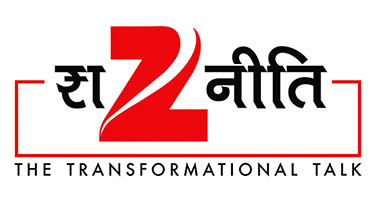 The show, to be aired on prime-time on the weekends, will bring out and discuss topics of national importance and interest, such as railways, education, healthcare and defence

With a focus to bring out and discuss topics of national importance and interest, such as railways, education, healthcare, J&K, NRI, North East, defence, among others, Zee News is all set to launch a show called ‘RaZniti’. Hosted by Zee News’ Editor Sudhir Chaudhary, the show will be aired at prime-time on the weekends.

Each episode will lead to a set of policy recommendations on the sector, which might be further taken up by voting on social media and website, to create a sustainable impact of the series on people and stir the thought process of policy makers.

At the end of the series, a white paper recommendation is being planned which will be edited by the Editor and knowledge partner of Zee News, and presented to the Prime Minister in his capacity as the Chairman of the NitiAayog.

Minister for Railways, Suresh Prabhu, discussed the most pressing issues in Indian Railways, their solutions, future plans of the Ministry, various schemes in the pipeline and related topics, at the launch and shoot of the first episode ‘RaZniti’.

Speaking at the launch, Chaudhary said, “‘RaZniti’ is aimed to be a catalyst to bring out various important issues and expectations to the policy makers. Zee News is dedicated to be the voice of change, the voice of the common man, and this show is an extension of our vision.”

Speaking about the Ministry and his plans, Prabhu said, “There are problems and I am aware of it. There is a need for integrated policy to address those problems. In order to cater to the needs of passengers, an integrated multi-modal transportation system will be formed. We are working out details in consultation with other concerned agencies.”