The channel will be available in Sub-Saharan Africa from February 3, 2015 on DSTV channel 166 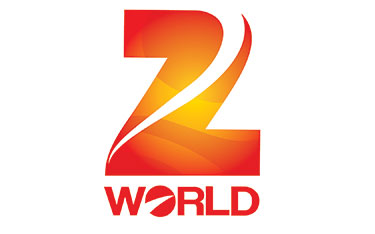 The channel will be available in Sub-Saharan Africa from February 3, 2015 on DSTV channel 166

Zee Entertainment Enterprises Limited (ZEEL) has announced the launch of a new television channel, Zee World, at a glittering event in Johannesburg. Zee World is a General Entertainment Channel and is the first offering from ZEEL for mainstream viewers in Africa.

“The corporate positioning of ‘Vasudhaiva Kutumbakam’ meaning ‘The world is my family’ is the driving force that enables us to bring authentic and entertaining content to global audiences, with a vision to reach a billion viewers by 2020,” said Essel Group & ZEEL Chairman Dr. Subhash Chandra.

Speaking about the new channel, Mukund Cairae, CEO – Middle East & Africa, said, “We will launch with four award winning series like SALONI, LAALI, MARRIED AGAIN, and THE PROMISE. The channel will also introduce other genres such as world drama series and shows on kids, food, reality and health before the end of the year 2015.”

The channel will showcase television series, Bollywood movies, reality shows and more action packed content. The programming will captivate the viewers’ hearts with characters such as SALONI, a 24-year-old, who has to constantly fight to prove her point to her parents and in-laws and the series LAALI, which tells a story of a young woman who faces all odds to protect her family. The variety of shows offers viewers a choice of many characters that the audience will be able to relate to, as they go through their own life struggles and victories.

Zee World is a completely customized channel experience for mainstream audiences in Africa and will be available from February 3, 2015 on DSTV channel 166. All content that will be aired has undergone extensive research and customization including editing and dubbing with most of the channel’s content dubbed in South Africa using local talent. It will also be available on the Multichoice Digital Terrestrial Television (DTT) GO TV platform.

With a strong worldwide presence, boasting over 34 channels which entertains 730+ million viewers across 169 countries, ZEEL first ventured into Africa 18 years ago as the company’s first international territory. Its widely acclaimed flagship channel Zee TV has been present on DSTV since 1996 and on Canal Plus since 2006.