The channel has a slew of new initiatives such as language feeds, new programming line-up, concurrent airing to US timings and live WWE events scheduled for the coming year 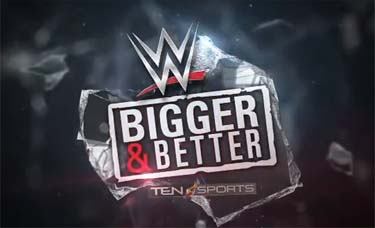 The channel has a slew of new initiatives such as language feeds, new programming line-up, concurrent airing to US timings and live WWE events scheduled for the coming year

Ten Sports is all set to welcome 2015 with more cheer for WWE fans across the country with a new programming line-up, language feeds, concurrent airing to US timings and live WWE events. Owing to the fact that WWE remains the most watched sports show after India cricket, the channel sees a lot of opportunity to expand its base. Taking a 360-degree holistic approach, the channel is expecting to connect its audience across markets and TGs.

Speaking with BestMediaInfo.com, Rajesh Sethi, CEO, Ten Sports, said, “For the first time in India, we are bringing a weekly WWE show called ‘Main Event’ this January, which is very popular in US and European markets. Secondly, in order to connect with the hinterland of our country, we are getting into language play, wherein certain segments of WWE will be initially aired in Hindi, and if we see positive response from our audience, we may later on add regional languages as well.”

“Over the period, the programming of WWE has been fictionalised and it is more like a Saas-Bahu drama now, where a complete storyline is planned for the show involving law-suits, fights, inter-family disputes. The story runs for one year and then it gets refreshed and renewed. So, when you have delayed telecast, people access the content on internet to know the outcome of the story. Hence, to curb digital piracy and to ensure that the hard-core WWE fans are presented the opportunity to see it as close to the live airing, we will now telecast the WWE shows concurrent to the US timings,” added Sethi.

The channel is also planning live events in India next year to give its viewers an opportunity to see the WWE stars in person.

According to TAM data, 558 million people watched WWE shows last year. Ten Sports believes that there is a huge opportunity to tap new audiences and hence, it is increasing focus on shows like ‘Female Divas’, cartoon version of WWE and WWE Specials. “With the new initiatives aimed to cover all the possible touch points, WWE is all set to expand its base,” added Sethi.

With the increased focus on WWE, the channel also expects to add more distribution and ad revenues. Sethi said, “In the current calendar year, we already have seen the jump of 20-25 per cent in ad revenues so far, and we expect that from January to December 2015, it will grow by another 50 per cent. We have also increased our slot rates by 20 per cent effective November 1, 2014, which will be revised again soon.”

The channel is also focussing on engaging its viewers and currently running a campaign – ‘Be a star or a commentator’. On the basis of their skills, passion and knowledge, the channel will choose a select few of the participants and bring them on the channel.

The channel is also promoting WWE in a big way. Prasenjit Basu, Vice President - Marketing, Ten Sports, said, “Unlike any other event, WWE needs 365 days kind of treatment. Marketing activities for the show run through the year. To promote our new initiatives, we have created five-six TVCs; each talking about what new is coming up. And those are going to air across Ten Sports and all the Zee network channels. Besides this, we are working with different social media agencies as WWE is digitally active and by this the young viewers are getting attracted to the show even more.”