Bharadwaj, who comes from Star India, will lead and drive domestic subscription revenue and carriage for all the channels under the Times Television Network portfolio 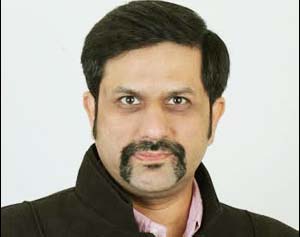 Bharadwaj, who comes from Star India, will lead and drive domestic subscription revenue and carriage for all the channels under the Times Television Network portfolio

Times Television Network (TTN) has announced the appointment of Sandeep Bharadwaj as Head - Distribution, All Platforms. Based out of Gurgaon, he will lead and drive domestic subscription revenue and carriage for all the channels under the TTN portfolio – Times Now, ET Now, Movies Now, Romedy Now, Movies Now+ and Zoom. Bharadwaj will report directly to Jagdish Mulchandani, Chief Financial Officer, TTN.

Speaking on the announcement, Mulchandani, said, "With his extensive experience in subscription revenue and carriage, Sandeep is a welcome addition to the dynamic, motivated team at Times Television Network. We believe that, with his skill-set, he will drive commendable growth for the network."

Bharadwaj joins TTN after a successful stint at Star India as Senior Vice-president, where he was instrumental in increasing penetration of the channels whilst meeting annual revenue and collection objectives. Prior to Star, he was associated with renowned companies like Adinos India (ONIDA), Media Pro, Star Den and IndusInd Media.

"I am extremely happy to join a media conglomerate of such repute. As the network begins a new phase of growth, I look forward to working with the highly motivated individuals at TTN to build a greater network in the industry," Bharadwaj said.

He holds an MBA degree in Marketing from Pune University and has over two decades of experience in broadcast distribution, subscription revenue and carriage.