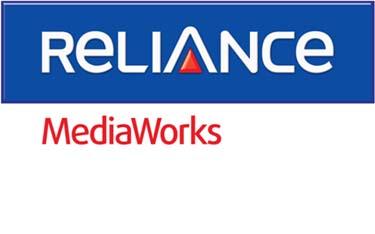 Reliance MediaWorks has sold off its multiplex business to Carnival Cinemas. The proposed transaction will catapult Carnival to the ranks of the top three multiplex operators in the country, with over 300 screens nationwide, and set the company firmly on its path to achieve leadership in the business.

Shrikant Bhasi, Chairman, Carnival Group, said, “I am thankful to Mr. Anil D Ambani, Chairman, Reliance Group, for his support to a first-generation entrepreneur like me, and in facilitating this transaction with Carnival Cinemas in preference to other leading cinema chains. We are targeting to achieve 1,000 screens by the year 2017, and look forward to the continued support of Reliance Group in our future growth."

Sam Ghosh, CEO, Reliance Capital, stated, "We are delighted to begin a long-term relationship with the rapidly growing Carnival Group, through the sale of the multiplexes business of Reliance MediaWorks to them. We look forward to supporting the Group in their future growth initiatives in India and overseas. The proposed transaction is in furtherance of Reliance Capital's stated objective of focussing purely on its core financial services businesses, significantly reducing exposure to non-core investments in the media and entertainment sector, and reducing overall debt.”

The transaction will reduce Reliance Capital's leverage by approximately Rs 700 crore, through a combination of transfer of debt of Reliance MediaWorks and infusion of cash proceeds.

The deal excludes real estate owned by Reliance MediaWorks at IMAX Wadala and other properties which are intended to be separately monetised for an approximate value of Rs 200 crore. Reliance Capital will have the option to acquire a pre-IPO minority stake in Carnival Cinemas at an appropriate discount, upon eventual listing of the company.

“We are very serious about exhibition business and are moving in an organic way. Carnival Cinemas will not only mark its presence in Tier I, but would lay emphasis for strong presence across tier II & III cities. We want to make cinemas synonymous to Carnival,” added Bhasi.

The proposed transaction is subject to necessary statutory and other approvals and is expected to be closed within the current financial year. EY are deal advisors to Reliance Group, and KPMG are acting as deal advisors for Carnival Group.