Shweta Khosla, Regional Planning Director (Team P&G) at Grey Mumbai, in a tongue and cheek article brings out the lessons in marketing that marketers can learn from Bollywood 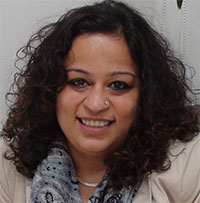 Shweta Khosla, Regional Planning Director (Team P&G) at Grey Mumbai, in a tongue and cheek article brings out the lessons in marketing that marketers can learn from Bollywood

When Majrooh Sultanpuri and Qateel Shifai were penning lyrics for this evergreen song from ‘Kudrat’ (1981), little would they have imagined that decades later it would succeed as a lesson in the sales 101 class in an MBA school.

Bollywood has been a great teacher of many a thing to many a people but today it most definitely deserves the title of ‘Great School of Marketing’. After all, who else can teach you how to make 355 crores of rupees in 14 days from a product that people and experts are reviewing as:

“It isn't unwatchable but horridly disappointing.”

“While the first hour is breezy, fun and pretty watchable, the second hour is a convoluted mess with a heist angle that doesn't work, a romantic track that seems forced…”

As marketers, we know how hard it is to sell great products that are useful to our consumers. We know how we sweat to make consumers engage with us for 30 seconds or so. On the other hand, there are marketers of another kind who are making consumers pay an average of Rs 235 to spend 184 minutes of their lives to buy a product mostly reviewed as a ‘disaster’! It’s unique to Bollywood’s strategic genius and the Happy New Year (hereafter referred to as HNY) team has displayed all the facets of this, which is why we should use it as our case study and learn.

Marketing 101: Play hard to get

Like us, they want the maximum number of consumers for their product. They don’t want to miss a rupee out of those Rs 355 crore but they are forced to play hard to get and it works for them brilliantly. So they create all the hype to make people flock to the theatres on the opening weekend, but given the limited number of seats, not everyone gets in. The more tickets are unavailable, the more ‘sold outs’, the more people want to see it. They know they have a window of about three weeks to watch it but why do they rush for the first weekend? It’s simply FoMo at play because they don’t want to be the only ones not in the know when the movie is discussed and analysed and intellectualized over in whatever their ‘social currency’ forum might be.

So why do we insist on being over-available from day 1? We should grow some feminine wiles and let the consumer work for it – they will respect and appreciate our brands more. After all, all of our inner hunters love a chase and a prize well won.

Most celebrity endorsers in India are actors but we use them for cut-through or credentialing. Isn’t ‘acting’ by profession another word for ‘depicting stories/fantasies’ or, in plain-speak, ‘lying’? Do we seriously think that the consumer believes that the svelte Katrina Kaif indulges in Choc-on or that Priyanka Chopra’s hair in any hair commercial is not supported by hair extensions? Why are we letting ‘liars by profession’ be the face of our earnest brands?

Especially when increasingly consumers are saying that they don’t blindly look up to celebrities, they look at their actions.

Let’s turn to team HNY to learn on how it’s really done.

Before any film the entire cast of actors does press releases and launch parties to promote it (our version of celebrity endorsement). These are extremely vital to the film’s success. Team HNY did something different. The entire cast of HNY went on the slam! Tours across the USA and the UK to sing and dance live and give consumers a real taste of the product (the movie).

Essentially, they used the celebrities (singing & dancing) to showcase their product’s benefit (three hours of entertainment.) Not only did they amass loads of money (an estimated Rs 200 crore), they used the actors credibly and they used them right.

If we re-apply this logic to our world, we would accept that the days of celebrities as credentialers are passe. Consumers will remember the celebrity but will they recall the brand given that the celebrity endorses 45 others?  Even if they recall the brand, will they recall its benefit given that there is no context? Will they believe it when there is no way that the said celebrity would use the brand? If we still feel it’s essential, we should just make the actors ‘act’ in a great story we spin around the brand/product benefit.

Ideally, we should just give our brand its due and showcase its point of difference in the most awesome way possible. Blendtec did it with their ‘Will it blend’ series. I’m sure if we look hard enough, we can find that magic in our brands/products.

It doesn’t end there though. Once we identify the point of difference, it needs to be showcased in the most awesome, different way possible. The slam tour is a case in point because if the magic is not given the right stage and exposure, it is likely to fizzle out and disappoint with lost potential.

Once a film hits the first slump, it needs a booster to horde those errant consumers who have evaded it until now. What better to reel them in than a few convincing stars? Most movies will release ads in the relevant section of the newspaper luring these consumers with positive star ratings from relevant critics. They will throw in a compelling quote or two from the reviews to convince the consumers just in case they weren’t taken in. If they can’t rake up the stars, they throw collections to prove the scale, acceptability and love for the movie.

Most campaigns/brand launches put in all their steam behind the first launch. So often, we huff and puff, spill blood and sweat and get there with a second and a last breath to spare. If only we kept n-300th breath to make a booster plan that involved evangelists, we might have a fatter success story to tell.

If you get really specific, any movie is in competition with everything else that offers the consumer entertainment. Today on TV, you can’t get bigger than ‘Comedy Nights with Kapil’. So, he should be a ripe candidate for key competitor, right? Instead of going at loggerheads, Bollywood has leveraged the popularity of such programmes like Kapil’s and KBC. They make appearances, they entertain the audience, and essentially create a 30-minute advertisement for their movie that pretty much reaches every TV supporting household in India.

It could be also be argued that FMCG marketing is very different from entertainment marketing. People want to be entertained but brands have the pressure of being relevant and useful. Besides, those shows would be happy to have the star studded cast of HNY on their show. Kapil is never going to invite a brand on his show. If we have to be present even around the show we will have to pay my monthly salary for every second.

But for a moment consider HNY as a product. It co-existed with other complimentary products in its ‘entertainment’ category to market itself. Kapil might not want to feature our brands but other ‘relevant & useful’ members of our category would. Every company has a portfolio of products that goes into the consumer’s house. Consider the Unilever Kitchen for a moment. There is Lipton, Kissan, Red Label, Knorr, Taj Mahal, Annapurna, Taaza, Bru going in – it’s incredible real estate that we’re under-leveraging. Could Red Label bring Annapurna as a +1 since they are both nurturing kind of brands? From using packs as advertising space or sampling or devising co-usage/co-nutrition strategies, the possibilities are endless if we allow imagination to fly beyond ‘buy x get y free’. If Nike and iPod, KitKat and Android can be brothers, why can’t we find brotherhood within our own families?

It might be argued again that Unilever has already applied this strategy with their ‘Be Beautiful’ platform which features their entire portfolio of beauty brands that are related. My question would be: Why create a platform where one brand can cannibalise the other (Dove vs TRESseme vs Sunsilk) when you could very well create a complimentary one – like the Unilever Kitchen?

So here is the story sketch of HNY’s pricing strategy. For the opening weekend, the average price of tickets was jacked up. In week 2 they brought it down to regular levels and in week 3 they resorted to ‘Buy 2 get 1 free.’

Their price hike was to increase collections by leveraging the first flush of consumers who would have paid the maximum possible anyway. For brands it may work on a dual level because the other unfortunate human truth is that we believe that if something costs more, its better. Once we price marginally higher (within the realms of acceptable pricing cut point), then we establish the brand as superior to the competition. When she goes to buy it and finds the price competitive, she feels a little more special and/or smarter at getting something she believed to be of higher value within her budget.

Pricing can be a key element of building brand equity (or eroding it as in the case of Buy 2 get 1 free) but it surely deserves a place on the KDA table.

Shah Rukh Khan’s 6-pack is back, his famous dialogue from Om Shanti Om is back. Team HNY has done themselves a great service by bringing back all the elements that worked for them in their previous venture. It served as a reminder to the audience of all the things they loved about OSO and a sign of potential things to love with HNY.

I wonder why we are so quick to let go of great assets that we have built. Take Pepsi for instance: what’s stopping them from using ‘Yeh dil maange more’ or ‘Nothing official about it’ or even ‘Mera number kab aayega’? If not as big campaign ideas, but as reminders of a great love that might resuscitate a dying one.

I am sure there are many layers to this that I haven’t unravelled yet. I could talk about riding the current hot sellers like they did with Yo Yo Honey Singh. I could also talk about how they double-leveraged every possible internal and external asset that they could have. For instance, besides tweeting about the film, the celebrities changed their Twitter handles to their names in the movie. I could talk about their Whatsapp coup.

The thing is that I have friends and beer waiting. So, if you think of more or if you have any moral, estimation, existential issues/comments with the opinions quoted here, you can get them off your chest and send me a mail @ shwetakhosla@hotmail.com.

(After completing her BSc (Hons) in Chemistry from St. Stephens College, Delhi, Shweta Khosla made the obvious choice of beginning a career in advertising. Over the past 11 years or so she has traversed through Ogilvy Bangalore, JWT Gurgaon, Grey Delhi, Mumbai and Hong Kong. Also through Pepsi, Pantene, Britannia, pitches, ‘Eye on Asia’ studies, etc. She harbours dreams of being a writer, Atticus-winner and of course, thinner.)