Conceptualised by FCB Ulka, Amul has launched yet another version of the ‘Taste of India’ campaign, this time with a contemporary look and feel 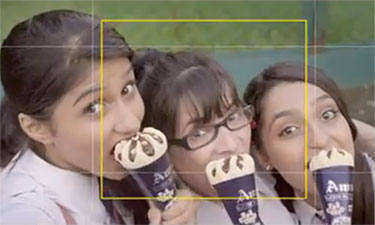 Conceptualised by FCB Ulka, Amul has launched yet another version of the ‘Taste of India’ campaign, this time with a contemporary look and feel

Gujarat Co-operative Milk Marketing Federation (GCMMF), the producer and marketer of milk and milk products under the Amul brand, has launched its latest brand campaign. The TVC, created by FCB Ulka, is being aired on more than 40 channels comprising GECs, news, niche and regional channels. It will also be extended to print, radio and digital media.

FCB Ulka created the first ‘Taste of India’ TVC for Amul in 1996. The TVC, then, had resonated very well among every section of the consumers and the peppy youthful jingle still enjoys high recall value. After the immense popularity of the first TVC, three more versions were created on the ‘Taste of India’ theme. The old track has been redone with new lyrics to give it a more contemporary feel and truly depict Amul as the ‘Real Taste of India’.

The TVC shows young girls and boys devouring Amul products on different occasions. The film starts by showing a young girl enjoying a glass of Amul Milk after winning a medal. A little girl is seen eating Amul Ice-cream on her birthday. The video further shows people enjoying dollops of Amul Ghee during a feast, a few boys consuming Amul Dahi, a girl is seen sharing an Amul Chocolate with her boyfriend. A father-son duo is seen relishing pav-bhaji with Amul Butter. Military men are seen having a cup of tea with Amul’s Milk Powder in their base camp. The old Amul audio track has been rehashed, with new lyrics, to give it a more contemporary feel.

RS Sodhi, Managing Director, GCMMF, said, “Amul is the only brand in India which can make this claim of being the real taste of India, as it serves the interests of millions of milk producers and consumers across the country. It was Dr Kurien’s vision to shape up the brand on this theme. Our new campaign reflects the changing India and the products our new generation prefers. Amul is on a massive expansion drive and is pursuing aggressive new product development to make the organisation ready for the future.”

Nitin Karkare, Chief Operating Officer, FCB Ulka, Mumbai, said, “The ‘Taste of India’ TVC aims at creating a larger-than-life aura for brand Amul. Over the years, Amul products have moved beyond just mere products. They have become a way of life for millions of Indians.”

Haresh Moorjani, Executive Creative Director, FCB Ulka, said, “Over the years, Amul had consistently invested in the ‘Taste of India’ property. Now, when we re-created this TVC, the objective was to keep the same essence, but with a youthful and contemporary feel.”

FCB Ulka created the first ‘Taste of India’ TVC for Amul in 1996. After the popularity of the first TVC, three more versions were created on the same theme.