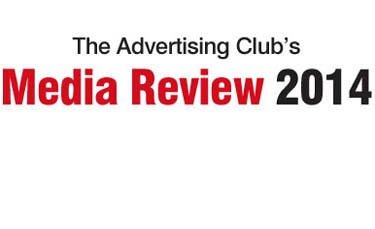 In its 60th year, The Advertising Club organised Media Review 2014 in Gurgaon on Thursday last week. Besides choosing Delhi for the first time for the Media Review – after holding the Ad Review for the first time in the Capital in January this year – the Ad Club also tweaked the format of the popular event. The event which used to have solo speakers every year, had three top notch media professionals – CVL Srinivas, CEO - South Asia, GroupM; Shashi Sinha, CEO, IPG Mediabrands, and Rajiv Verma, CEO, HT Media as speakers this year.

For the record, Sam Balsara, Samir Nair and Subhash Chandra were the sole presenters in the past.

“In this borderless world where the consumer is a lot more connected, empowered and knowledgeable, there are huge implications for clients and brands because today brands have not just to stay relevant but also stay meaningful. But what it has done to agencies is more interesting. Four or five years ago agencies were always saying they are the trusted advisers of clients but today it is not enough to be the trusted advisors because in a connected world which is so dynamic, agencies have wonderful opportunities to lead clients. So, the first big implication of living in such a connected world is that agencies can move up the value chain from advising clients to leading them,” said Srinivas.

Srinivas further said that the rules of the game had changed because the factors that had made an agency a leader in the past may not work going forward. So, apart from scale, size and volume, today it is all about being on the top of the changes, be it technology, data and other insights. “Multi screening, e-commerce, brands becoming publishers and activations using technologies are major disruptors. Today, media agencies sit at the centre of brand, consumer, data and technology which is a winning position for them,” he remarked.

Srinivas also offered a few must do’s for media agencies in the future. The first and foremost was “an open source kind of mind-set”. He said, “We need to break away from hierarchies because one of the most valuable assets which an agency has is the power of youth who have higher knowledge than any of the senior leadership team. Going forward media agencies will have to move from contextual planning to audience planning which is possible today with the data and technology.”

The second speaker was Rajiv Verma who spoke about ‘Redefining the role of print media in a borderless world’. After talking about evolution of mass media, Verma pointed out that today 50 per cent of news breaks on digital media and more than 50 per cent people access most news first on digital media. “As we know, the digital media revenues have exceeded the print media’s but this is something which is going to co-exist. Where most of media is increasingly trivialising news with the pressure of ad dollars, the print medium has certain unique characteristics. The written word is most credible and trustworthy. It has the detailing and focuses on values. So, print media has to look at its advantages and try to go more and more hyperlocal in serving society,” said Verma.

The final speaker for the evening, Shashi Sinha, spoke on an interesting topic – ‘Separate and together: The future is about being specialist and holistic’. “There is a shift in the agency model and client-agency relationships due to fragmentation in the media business. In the connected world, the consumer wants to be the protagonist. So integration is one thing which will play a key role. The meaning of integration has also changed over the years. Today, there could be integration of philosophy, mind-set, culture and processes. And this is the only way we can survive,” he argued.

Sinha further said, “Rather than looking for a big breakthrough, we should look at many poles to play with. We have to brace ourselves to challenges that keep evolving and stay on the top of the game. A lot of people talk about inventing the future and I believe in managing the present and as you manage the present, the stories will evolve for you to reinvent to the future. So, this is in a way the integration story will flow from here. And therefore it is about coming together to tell a story. The old fashioned way for media people was all about placement of messages. Today, that is all over. Today, it is the story which is at the centre and then you see how to move the story across and they find their natural dimension. I think that is the way forward.”

The message Sinha sent out was to keep the story simple, move in real time, embrace the new consumer and keep the perfection. “In the end, the success of any model is about the story and the storyteller. It does not matter where the story comes from. It is all about how you leverage the story,” Sinha concluded.