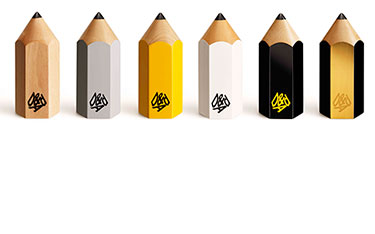 D&AD has revealed the global line-up of creatives set to take part in the 53rd edition of its Professional Awards.

In keeping with tradition, the D&AD Awards will be judged by some of the international creative communities’ highest profile members. The jury foremen include:

Following a hugely successful 2014, which saw Indian agencies pick up 25 awards, Indian creativity will be well represented with five other creatives besides Pandey:

A full list of judges can be found at http://www.dandad.org/en/professional-awards/#judges

Entries for the 53rd D&AD Professional Awards are already open with a 10 per cent early-bird discount offer for submissions received before November 20, 2014. The eligibility period for the 2015 Awards has been extended to include work that ran from 1 January 2014 through to February 28, 2015. In addition, a number of category and sub-category updates have been made in response to the evolving creative landscape.

A new category has been introduced for Branded Film Content & Entertainment. First appearing in 2011 as a sub-category, TV, film, online and documentaries will now be judged by a standalone jury, in addition to a new tactical sub-category.

Meanwhile, the White Pencil – Creativity for Good award has proved a resounding success at the D&AD Professional Awards. With the ambition to encourage more entries from big businesses, the category now distinguishes between work for NGOs and brands across both advertising and marketing communications and design. Service Innovation is further a new addition, introduced to recognise service products that seek to build brands and businesses by doing good.

To celebrate those pushing the boundaries of technology, innovation sub-categories have been added to Packaging Design, Product Design and Radio Advertising. Innovation in media is also recognised through the revamped Integrated & Innovative Media category.

Tim Lindsay, Chief Executive at D&AD, commented, “The role of creativity and the value of design in our society has never been greater. Whether as vehicle for social change, enriching quality of life or finding the means to do well by doing good, we've seen some truly impressive innovation from across the advertising and design industries in recent years as boundaries are pushed and limits tested. After a remarkable 2014, we’re all looking forward to seeing what 2015 brings in the field of creative excellence.”

Full information on categories, pricing and dates can be found at http://www.dandad.org/en/how-enter/

Promo film: Brazilian graphic design and animation studio Lobo will be creating a special promo film to support the call for entries for the 2015 Professional Awards. Set to premiere in November, ‘Wish You Were Here?’ is an off-kilter tribute to D&AD, reintreprating, reimagining and ‘mashing up’ highlights from over five decades of Pencil winners.

D&AD only awards work of the highest standard, meaning that the quantity of top Awards given fluctuates year on year. The scrutiny and rigour imposed by the internationally acclaimed judges is legendary, and ensures that only the very best work receives a covered D&AD Pencil.

Most Awarded Pencils are also presented to the top advertising agencies, design studios, production companies and clients of the year. This award is calculated using a weighted system with points awarded for each Pencil won.

All awarded work appears in the D&AD Annual, released annually in September and is available to purchase exclusively through D&AD.

Work entered into the 2015 D&AD Awards must have been commercially released between January 1, 2014 and February 28, 2015 and been produced in genuine response to a client brief. It must not have been entered in previous years. Submissions should be made in their original language by February 18, 2015. The Awards cost from just £85 to enter this year. All entries received by November 20, 2014 will save 10 per cent on the cost of entry. Freelancers and sole traders that are members of D&AD are eligible to receive a 20 per cent discount.