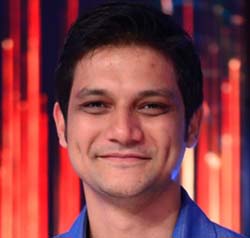 Times Television Network (TTN) has appointed Vivek Srivastava, as Senior Vice-President and Head of the English Entertainment Cluster which includes premium channels such as 'Movies Now' and 'Romedy Now'. Based in Mumbai, he will work closely with the business and leadership teams at TTN and will report directly to M.K. Anand, CEO & Managing Director, TTN.

Speaking on the announcement, Anand said, “Vivek’s experience in the broadcast sector combined with our aggressive approach to drive growth for the network will add great value to our business. The experience and calibre he brings to the table, we believe, will set new benchmarks for our channels.”

Commenting on his new role  Srivastava said, “I look forward to being a part of such a dynamic and motivated environment at the TIMES TELEVISION NETWORK. I'll be working closely with the team at TTN to drive high viewership performance across the English Entertainment Cluster. I look forward to an enriching experience.”

Srivastava moves to Times Television Network after a successful stint at Viacom 18 Media Pvt Ltd. where he handled Channel strategy for Colors as a part of their launch team, moved to handle International Business and Distribution and over the past few years has served as Head - Commercial and Digital at Colors. During his tenure there, Srivastava envisioned the channels’ popularity amongst its stakeholders – viewers and advertisers – across digital platforms and was responsible for the monetisation of all of Colors’ digital assets and content through syndication in domestic markets.

Prior to Viacom, he has worked with TAM Media Research Pvt. Ltd., and IMRB. With his extensive background in research, keen awareness of new media and over a decade in the broadcast industry, Srivastava will add great value to the growth of the English Entertainment Cluster.