Recreates a four day extravaganza on the sultry sands of Candolim beach in Goa on December 27- 30, 2014 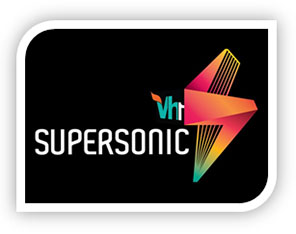 Recreates a four day extravaganza on the sultry sands of Candolim beach in Goa on December 27- 30, 2014

Come December and all roads will lead to Goa for the most pulsating event of the year, Vh1 Supersonic. A journey that began last year will continue to enthrall dance music lovers with not just an event but an experience par excellence. Building on last year’s brilliant vibes that put Vh1 Supersonic on India’s list of must experience festivals, this year’s event will see world renowned artists like Paul Van Dyk, The Chainsmokers, Stanton Warriors, Bl3nd, Funkagenga, Hook N Sling, Mark Knight, Mat Zo, Maya Jane Cole and many more turning up the level of excitement and energy on the sultry sands of Candolim beach in Goa on 27, 28, 29 and 30 December, 2014.

While last year’s event was created out of the sheer brilliance, hard work and a deep passion for music and was pull off in an incredibly short amount of time - just 21 days, in 2014, the creators of Vh1 Supersonic, LIVE Viacom18 decided to create an event that will soon be remembered as the happiest dance music festival ever. Taking the annual event beyond just four days, this year, they offered a year-long set of experiences through multiple brand extensions. Vh1 Supersonic 101 (campus gigs), Vh1 Supersonic Club Nights & Vh1 Supersonic Arcades (outdoor arena events) to take fans far beyond the main festival and enable them to engage with some of the world’s most popular DJs in their home towns on an on-going basis.

The fun doesn’t stop there. Witnessing the amazing response from fans worldwide to this year’s announcement, Vh1 Supersonic will be adding some more acts to the already humongous set up. Party-goers can kick back in one of the numerous hangout zones, filled with fun and adventurous activities; lose themselves in a novel from the onsite library; weave through the larger than life art installations; strike a bargain at one of the stalls in the hippy market; join in the beach sports and stay active with Zumba lessons in the fitness corner; or indulge in some of the finest cuisine that India has to offer. With the safety and well-being of each and every attendee top priority for the organizers, everyone can be rest assured they are in the safest of hands as they focus their energies on enjoying their own personal piece of paradise.

Jaideep Singh, Sr. Vice President and Business Head – INS. said, “Utilizing our numerous platforms across the live music and entertainment sector, our vision at LIVE Viacom18 is to reach out to aficionados of music, ignite the collective passion for dance music and fulfil the needs of devoted music lovers that at the moment, are not being met in the current Indian music festival market. Staying true to our promise of making this India’s happiest dance music festival, this year, we’re planning to create an experience that fans will remember for a long time to come with exciting new activities and the diverse talent from around the world that is sure to have everyone dancing.”

LIVE Viacom18 has chalked out a 360 degree campaign for Vh1 Supersonic 2014 that will spread over print and digital platforms, which will be mainly focused in Mumbai, Delhi and Bangalore but will also extend to five other cities across the country. With over 200 cab covers, Out of Home advertisements, Radio spots, DSA’s and digital activation, LIVE Viacom18 is leaving no stone unturned to ensure that Vh1 Supersonic becomes an affair to remember. They’ve also roped in 300 campus ambassadors to bring the spirit of the event alive on college campuses across India.

After successfully curating one of India’s biggest EDM festivals in Goa last year, LIVE Viacom18 is back with Vh1 Supersonic for which it has also announced the first phase of tickets. Going live from 10th October, 2014, music aficionados all over the world can log onto http://in.bookmyshow.com/concerts/vh1-supersonic-tickets/ and grab a chance to create phenomenal memories on Goa’s mesmerizing shores on the 27, 28, 29 and 30 December 2014.