Tata Docomo urges youngsters to ‘open up’ by doing some ‘bhalai’

Conceptualised by Contract Advertising, the new campaign positions Tata Docomo as the enabler of good deeds such as liking a friend’s photo or sharing a meme, to bring happiness to the recipient 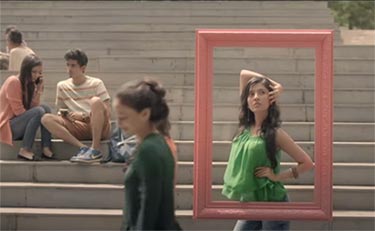 Tata Docomo urges youngsters to ‘open up’ by doing some ‘bhalai’

Conceptualised by Contract Advertising, the new campaign positions Tata Docomo as the enabler of good deeds such as liking a friend’s photo or sharing a meme, to bring happiness to the recipient

Tata Docomo, the unified brand of Tata Teleservices, has launched a new ad campaign titled ‘Poser’, which urges customers to ‘Open Up’ and share happiness, using their customised data offers. The campaign, the first from Contract Advertising after the agency won the account last month, uses quirky visuals and dialogues to make the point.

It is built on the idea that sharing, either through data or voice, is not just an act of passing something on; its end impact is much larger than the sender could have envisioned. For example, a simple ‘like’ can boost the self-esteem of someone who has posted a selfie, and a nonsensical, gossip-filled call can provide a window of respite to someone stuck in a mundane job.

Commenting on the campaign, Ashish Chakravarty, National Creative Director, Contract Advertising, said, “The online behaviour of the youth is already quite open. So, the idea of ‘Open Up’ needed a take that motivates the audience to keep doing what they are doing, by reminding them how important it is to do so. It changes the way you look at a simple share, like, tweet, a nonsensical ‘Santa-Banta’ joke or a ‘sanskari’ meme. The campaign’s mock-altruistic tone makes people realise the almost life-saving power of the jokes, memes, videos and gossip they keep sharing on the internet.”

The brand’s new 50-second TVC features a ‘social media queen’ who appears to have lost her loyal online following. She pouts and preens in order to post the perfect profile picture that could restore her lost glory, but is continually disappointed, till one virtual ‘like’ makes her day. It goes on to emphasise that simple and innocuous acts of sharing or liking a photo, meme or viral video, is actually a greater good that brings happiness to the recipient – it is ‘bhalai’. And with Tata Docomo’s amazing data offers, available on dialling *123#, one needn’t stop or hesitate. Hence the campaign line, ‘Chalu Rakho Bahalai Ki Supply’ and ‘Open Up’.

Gurinder Singh Sandhu, Head - Marketing, Tata Docomo, said, “As a brand, we believe that every piece of communication has the power to alter our mood and outlook; this is what gives power to each one of us to continually bring happiness to each other. As social media and chat platforms are exploding, internet as a medium of sharing or communicating is becoming ever more important, especially for today’s youth.”

“As a young, youth-centric brand that caters to these data-hungry consumers, the *123# platform has been developed to provide special, customised data offers that deliver more data, every time,” he added.

The ‘Open Up’ ad series will be promoted through a 360-degree marketing plan, using outdoor media, point-of-sale merchandise and digital activations. The TVC will be aired in six languages: Bengali, Hindi, Kannada, Marathi, Tamil and Telugu.