As part of the unique ‘Be the Boss’ campaign, five kids will be the boss in the corporate office of Nickelodeon and decide exactly how their favourite channel will run 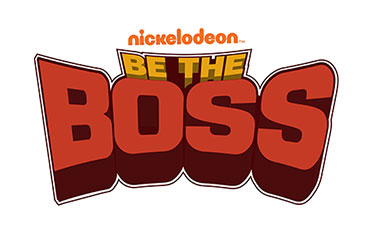 As part of the unique ‘Be the Boss’ campaign, five kids will be the boss in the corporate office of Nickelodeon and decide exactly how their favourite channel will run

The awesome twosome Moto Patlu, Ninja Hatori, Pakdam Pakdai and the entire Nick Toon brigade are set to take orders from new bosses. In a once in a lifetime opportunity for children across the country, India’s No. 1 kid’s channel Nickelodeon celebrates Children’s Day with the ‘Nickelodeon Be the Boss’ campaign. Five kids from across India will be the boss in the corporate office of Nickelodeon in Mumbai where they will decide exactly how their favourite channel will run. They will call all the shots!

Creating history on television, five kids selected from the nationwide contest will see our favorite Nicktoons personally hand out the appointment letter to each of the winners. To helm the steering wheel of Nickelodeon on Children’s Day, all that the kids need to do is tune in to Nickelodeon starting now to November 7, 2014, every Monday to Friday, from 6 PM to 7 PM and participate in the ‘Nick Be the Boss’ contest.

Nina Elavia Jaipuria, EVP & Business Head, Kids Cluster, Viacom 18, said, “Nickelodeon has always believed in empowering kids while entertaining them. Taking this promise ahead, the channel that is of the kids and for the kids will now be run by the kids on Children’s Day. We are sure that children with their imaginative minds will add a whole new dimension of fun to Nickelodeon on this special day and I am more than happy to step aside and hand over the reins to the little bosses.”

On Children’s Day we will see the kid bosses rule the roost at Nick. Turning the tables around, the newly appointed bosses will decide what gets shown on Nickelodeon. Subsequently they will also turn celebrities and be brought back on air on Nickelodeon as the face of the channel.

The participants can SMS the correct answer with NICK