The channel has launched ‘Shahi Shanivaar’, an hour-long show, to spruce up its weekend viewership 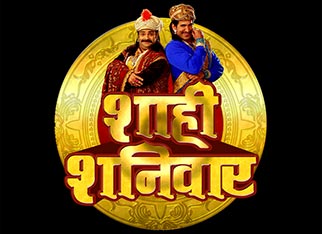 The channel has launched ‘Shahi Shanivaar’, an hour-long show, to spruce up its weekend viewership

Big Magic, the flagship Hindi general entertainment channel from Reliance Broadcast Network, has launched a new offering in its bouquet of innovative and entertaining comedy line-up. Riding on the popularity of ‘Har Mushkil Ka Hal Akbar Birbal’, it extends the comedy offering to weekends with a one-hour episode, every Saturday at 9 PM. This new weekend property titled ‘Shahi Shanivaar’, on the backdrop of its royal splendour, magnificent look and historical stories, aims to retain audiences’ attention even on weekends.

Big Magic stands for being entertaining, ridden with comedy, backed by festivals, faith and fantasy. This exquisite property ‘Shahi Shanivaar’ is now going to make Saturdays equally enthralling and entertaining with new episodes backed by history and marked by the presence of celebrities. Beginning November 1, 2014, popular actor Chetan Hansraj will be part of a major conspiracy plot in the episode of ‘Vishkanya’ on November 18, and a ‘maha-episode’ on November 15. Each of these episodes will also integrate local festivals of the Hindi heartland that characterise India, and is backed by strong local research and insight.

Lavneesh Gupta, COO, Reliance Broadcast Network, said, “We are delighted to announce the weekend property ‘Shahi Shanivaar’ on the popular show ‘Har Mushkil Ka Hal Akbar Birbal’, that keeps up the historical comedy quotient on Saturdays too. The one-hour show will have new and interesting plots, backed by historical research on the backdrop of royal splendour and special appearances by celebrities. We have chosen the 9 PM slot so that from Monday to Saturday our audiences experience the show at the same time, thus offering greater value and consistency to marketers.”