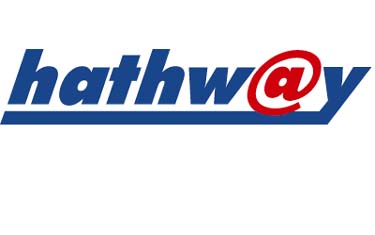 Hathway to pay a heavy price for getting into a legal fight with two of the largest content aggregators, Taj Television and Star India

The TDSAT tribunal has directed Hathway to pay Taj Television for Zee and Turner channels at the rate of Rs 21.50 cost per subscriber (CPS) for the period from April 2014 to July 2014. This excludes the sports channels for which Hathway has an existing agreement with Taj Television.

With effect from August 14, 2014, Hathway has to pay RIO rates to Taj for availing its channels. The tribunal has also directed Hathway to pay Star India at the CPS rate of Rs 23 for the period from April 2014 to September 2014. TDSAT has additionally directed Hathway to pay a CPS of Rs 4 per subscriber for the Star Sports channels. Therefore, the total payment to Star would be at a CPS of Rs 27 per subscriber. Hathway will have to pay RIO rates to Star w.e.f. October 1, 2014 as Star had given an affidavit to the tribunal that they shall be giving channels to all MSOs on RIO basis.

According to industry watchers, this judgement is a big blow for Hathway as it would be paying a heavy price for getting into a legal fight with two of the largest content aggregators – Taj Television and Star. While Hathway lost the carriage fees that they could have earned from these broadcasters, it will have to pay a higher content cost for the same channels. Industry sources pointed out that in the current scenario it would be difficult for Hathway to compete on the ground by procuring the channels of two leading broadcasters on RIO basis.

Hathway’s decision to take Zee and Turner channels on RIO seems to have misfired. To make matters worse, Hathway has seen a steady loss of subscribers to alternate distribution platforms, since angry consumers are switching to other DTH operators and MSOs to get their daily dose of favourite shows.

The local cable operators have also been very unhappy with non-availability of popular Zee content to its subscribers. Reportedly, Hathway had to offer discounts to LCOs due to lower collection from customers, who were unhappy due to non-availability of some channels.

Industry insiders informed that even Star is not happy with the judgement as they were expecting a much higher payout for their sports content, given the heavy investments they are making on the sport business. Taj Television seems to be the one winner in this interesting development, since it has seen steady increase in ratings, despite the channels not being available on many Hathway networks, and the revenue has also been higher.