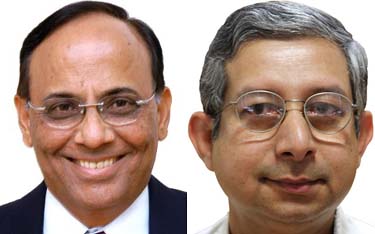 At the board meeting of the Advertising Standards Council of India (ASCI) held in Mumbai today, Narendra Ambwani, Director, Agro Tech Foods, was unanimously elected Chairman of the Board of ASCI. As a member of the Board of Governors for seven years, he has provided active support to self-regulation in the advertising movement.

Partha Rakshit, the outgoing Chairman of ASCI, said, “Last year has been a very eventful and successful year for us. ASCI’s effective action towards reducing the complaint processing turnaround time to just 12 days has led ASCI to win the prestigious EASA Gold Award for Best Practices. There has also been more than 90 per cent compliance towards the advertisements wherein a complaint against an advertisement was ‘upheld’. These advertisements were either withdrawn or have been appropriately modified. In a noteworthy achievement, ASCI issued guidelines on skin lightening and fairness products which ensured that these advertisements do not depict people with dark skin as somehow inferior to those who are fairer. Also recently, government took notice of ASCI’s efforts to curb Teleshopping ads that violate the ASCI Code and ensured a strict compliance of the advertising code in the Cable Television Networks Act (CTN).”

Incoming Chairman Ambwani said, “There has been tremendous change in ASCI’s approach towards advertising content and adherence to ASCI’s guidelines by the advertisers. Earlier, we acted primarily on complaint received from the public or the industry body. In the coming year, we hope to promote ASCI’s guidelines more vigorously among advertisers and creative agencies, so that new ads meet ASCI’s standards at the creative stage itself. We also hope to collaborate strongly with the regulators and consumer groups to ensure fairness and responsibility in advertising.”