Sundeep Nagpal, Founder Director, Stratagem Media, provides insights into the emerging situation following the lifting of the abeyance on IRS 2013 recently, the roadshow counter-punch from TOI debunking HT’s readership figures in Delhi+NCR, and the dilemma facing the media planning/buying community 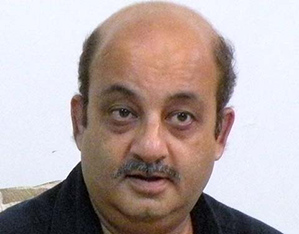 Sundeep Nagpal, Founder Director, Stratagem Media, provides insights into the emerging situation following the lifting of the abeyance on IRS 2013 recently, the roadshow counter-punch from TOI debunking HT’s readership figures in Delhi+NCR, and the dilemma facing the media planning/buying community

Enough and more has been said about the IRS 2013, even after the decision to keep it in abeyance, was revoked. Readers would be well aware that in January this year, the IRS 2013 data had led to an unprecedented uproar in the print media sector – no less than 27 print media titles had distanced themselves from the data, and these included some of the largest newspaper groups in the country.

Subsequently, the MRUC put the study and the findings through a process of revalidation, the outcome of which was not any different, because of which the abeyance was lifted.

The first and most visible after-effect of this has been the reaction from the TOI Group, which organised a road show to strongly defend its position in the Delhi + NCR market.

But before that, let me quickly put this write-up into perspective.

So, the purpose of this piece is not to pontificate any further on the rights vs the wrongs of the IRS survey. Neither is it to comment on the battle between TOI and HT (since their warfare has now become legendary).

But it is certainly to understand the manifestation of the decision to revoke the abeyance on the IRS 2013 in terms of:

The first after-effect of revoking the abeyance has been that a newspaper as reputed as The Times of India actually held a road show for the media fraternity to showcase its lack of faith in the IRS and bring out its alleged anomalies in Delhi+NCR region.

TOI has gone the distance to prove their supremacy in Delhi and, apart from the IRS, the ABC circulation figures have also been showcased, and media practitioners are being invited to a ‘market-visit’ at 4.30 AM to any sales depot/s to verify their claims.

Crux of the issue

Here’s a quick recap of the basic points that TOI’s presentation at the roadshow made:

Point 2 above can also lead media practitioners to seriously question whether HT Delhi’s readership is likely to have been be inflated because of the existence of ‘HT 2 minutes’ – it’s an abridged version (given that the IRS methodology basically relies on ‘familiarity with mast-head’).

And the same consideration could also apply to HT’s MFN (My First Newspaper) – HT’s version that is circulated in schools as much as to Times NIE (TOI’s school version). These ‘school editions’ of both newspapers have a significant circulation and are likely to influence the response to the readership question of their respective main issues – particularly amongst the teenage school-going respondents.

This leads to a much larger question as to why the IRS does not attempt to measure the readership of supplements and other sub-brands of the main edition. But let’s keep that for another discussion.

But, quite apart from the TOI roadshow, several questions arise about the current state of the IRS:

-          Despite the revalidation and the subsequent revoking of the abeyance on IRS 2013 by industry bodies such as the INS, ABC and RSCI, it is now evident that adversely affected print media groups are still not accepting the figures and questioning their veracity even now. So, how would these publications sell without their numbers?

-          Given that they had almost boycotted the IRS, and now that it has been declared as valid, what is the current stance of the other 17 publishing houses (other than TOI)?

-          Will these other 17 publishing houses also disown the data and go the distance and expend, similarly, their time, energy and money into defending their dissonance with /  justifying their stance on the IRS 2013 data?

-          What option does that leave the media planners / buyers with? Will they use the data selectively or further validate / combine it with other considerations (similar to those presented by TOI), for every such readership number which is ‘beyond expectation’? Will media planners correlate circulation and readership at all?

-          Can the results of the next round of IRS be expected to be more in line with publishers’ expectations? Will they choose to be part of it again?

-          Will the media fraternity collectively vote to abandon these findings and start from scratch again? Even if that happens, how will such a controversial situation be avoided again?

-          Last, but certainly not the least, what will it take our fraternity / industry to reinstate the faith that it has lost in print media research? And who will lead this process?

So, here’s how, we think it will pan out in the near future:

My experience has taught me that data can resolve debate and minimise, if not eliminate, subjectivity in decision making. Data can contribute to establishing value, and thereby de-commoditize a product. Data even neutralises the so-called experience advantage.

In the last few years, as a fraternity, all of us in the media business have progressed from using extensive data and analytics for TV to even using reams of data for decision making on the internet. Sadly enough, given the current state of affairs, this may not happen with Print media in the near future.

So, now, when one asks the question “So, do you use the IRS in your work?” of any media practitioner, the most likely response is going to be “Who’s asking?”

(Sundeep Nagpal is the Founder Director of Stratagem Media, an independent media agency that has also serviced media houses extensively in the area of ad sales.)