Condom advertising: Pushing the envelope to get creatively naughty

From subtle connotations depicting lovemaking to electrifying rap songs about sex, condom advertising is gradually undergoing a positive change despite several impediments the category faces. BestMediaInfo talks to creative leaders on the social realities, the shackles and creative licence 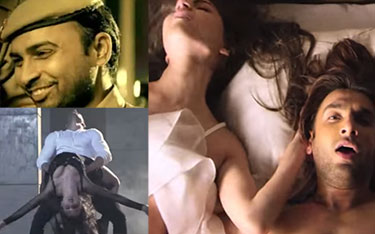 Condom advertising: Pushing the envelope to get creatively naughty

From subtle connotations depicting lovemaking to electrifying rap songs about sex, condom advertising is gradually undergoing a positive change despite several impediments the category faces. BestMediaInfo talks to creative leaders on the social realities, the shackles and creative licence

In country where ‘sex’ is still considered a taboo, advertisers and advertising agencies have to tread with caution when crafting communication for condoms and female hygiene products. Any ad that tries to push the envelope by being unconventionally bold, often ends up being controversial and eventually, banned.

Typically, an advertiser has to work within several guidelines to market a condom brand, taking care not to hurt anyone’s sentiments by being explicit and over-the-top. Interestingly, there’s been a new wave of condom advertisements in the last few years, with brands like Durex and KamaSutra trying to tap the curiosity of young consumers through engaging ads.

KamaSutra has just launched a nationwide campaign titled ‘The Art of Making Love’, through a well-crafted sensual dance depicting diverse sex positions. Besides YouTube and social media, the digital leg includes a QR code-enabled campaign, spread across ATL and BTL mediums. At each touchpoint, the message 'Learn KamaSutra in 60 Seconds' is displayed, along with a QR code, which, through an interesting pattern of links, takes the audience to the ad film. The campaign has been conceptualised by Interface Communications.

Elaborating on the campaign, Robby Mathew, National Creative Director, Interface Communications, says, “The name KamaSutra itself speaks for the brand. It is strong enough to instantly create images in the minds of the users. The brief on which we worked was crystal clear: to bring alive the brand line ‘The Art of Making Love’. We were very clear that we would refrain from showing traditional objects that are generally used for portraying sex, like a squeaking bed, crumpled bed sheets or bodies rolling over. Therefore, we decided to make a dance video with over 21 Kamasutra positions embedded in it.”

Mathew informs that unlike most condom ads that are male-focused, the KamaSutra film talks to the couple. “It targets the young men and women of today who are confident and comfortable with themselves and their sexuality. The challenges in front of us were ample – making a dance video embedded with sensuous dance moves, and, at the same time, not crossing the thin line of vulgarity.”

The ‘#DoTheRex’ campaign from Durex also created a flutter because, unlike the usual condom ads which objectify women, it used the quirky side of actor Ranveer Singh to convey the ‘Have Safe Sex’ message to youngsters, in a fun way. Singh became the first Indian male celebrity to be associated with a condom brand.

The term ‘Rex’ was coined by Singh along with the creative agency DigitasLBi, and stands for the physical expression of ecstasy experienced after having good sex. The lyrics of the peppy soundtrack were written and sung by the actor himself.

Partho Sinha, Creative Head, DigitasLBi, says, “Our campaign was mainly targeted at the youth in the age bracket of 19-30 years, and intended at spreading the message of safe sex. For this, we first broke the name Durex into ‘Do the Rex’, as we wanted to introduce a new word in the dictionary – if you can’t use the word ‘sex’, then use ‘Rex’. We have faith and potential in the power of social media, therefore, we launched our campaign first on YouTube. For a brand, it is very important to involve and engage the user, because, if your user is happy, then he will himself speak for the brand.”

BestMediaInfo asked the ad fraternity how difficult is it to make a condom advertisement, keeping in mind the numerous guidelines and restrictions.

Prathap Suthan, Chief Creative Officer, Bang In the Middle, says, “We live in a society where our politicians and religious beliefs get hurt easily. Therefore, for an advertiser, working within these restrictions is always tough. But my question is how difficult is it to understand that sex is as natural as life and death? Until and unless we get it right, who will teach our children? Because sex as a subject is kept a secret, their curiosity is high and therefore, they indulge in it at an early age without the proper use of protection.”

Manoj Bhavnani, Senior Creative Director, DDB Mudra West, points out that while condoms are made for safe sex, only Government and NGO advertisements promote it in that light. “Major brands promote it as mere pleasure enhancers. It isn’t very difficult to make a condom advertisement in India, because this is the country which compares sex to two flowers touching each other in a field. However, aesthetically it is tough. Knowing the boundaries to which you can push the sexual content of your ad is another factor. Yes, condom advertisements have changed from the days of Pooja Bedi doing a KamaSutra condom ad, to how we position flavoured condoms today. But there is much more we can do,” he observes.

Priti Nair, Co-founder, Curry Nation, observes, “Society is changing and I guess people have stopped pretending. They are also accepting sex without marriage. Even though it is a slow shift, new media is making it look cool and helping to transform the image. Therefore, today, there is flamboyance in asking for a condom.”

Nair recalls that KamaSutra was the first condom brand to highlight sexual pleasure at a time when all the other brands were focussing on family planning and how to keep a gap between the births of children. “Change is reflected through advertisements and it is the onus of big brands to be more responsible,” she states.

Suthan believes that this is a very interesting category to work with and a highly adventurous one too. “There might be multiple brands in the market, but all of them serve the primary purpose of ‘protection’. So, this category allows you to be less ‘mass’ and, therefore, the naughtier you get, the better it is for your brand. Condom is like an extension of a man’s ego – most boys like to think that they are studs, at least in their head. Hence, the brand has to first create a very comfortable image in his mind and, second, the brand has to be good, or else the girl can puncture his ego,” he comments.

Apart from working on the ‘insights of being a man’, Suthan says that condom brands need to highlight the important aspect of safety and prevention of multiple diseases. “This space is all about being bolder and raunchier, but work should be done within the certain civilised limits,” he advises.

Interestingly, Rajiv Rao, National Creative Director, Ogilvy & Mather, does not recall any ‘memorable’ condom ad in the last 20 years or so. “Every ad tries to shy away from the fact that it is selling condoms and has been trying to push the brand in a very indirect way. Other than the KamaSutra ads, which have always been very bold and executed fantastically, I can’t remember any other. In every other category, people remember the brand and also the ad, but in the condom category, no one talks about it,” he says.

Suresh Eriyat, Founder and Creative Director, Eeksaurus, is not impressed by the ‘celebrity rap’ or the ‘sensual dance’ method of advertising a condom brand. “Some of these deodorant brands make ads which look very similar to a condom ad, and they work better! Even though these ads have changed from what they were like a few years ago, there is a long way to go before we can match up to international standards. One of the major barriers for making a good condom ad is the taboo attached to it. The sooner we overcome it, the better it is for us,” he suggests.

Josy Paul, Chairman and Chief Creative Officer, BBDO, recalls a set of condom ads – public service announcements – launched in 2010. “The ‘Condom Bindass Bol’ campaign was quite liberating. It had a really strong insight and made condoms mainstream, an everyday thing. It wasn’t a taboo! It was cool,” he says.

Advertising agencies have been walking a tightrope – trying to bust the taboo associated with sex and making socially-acceptable ads that titillate, but not antagonise viewers. Even though condom advertising has taken a turn for the better, agencies will have to strive to create more impactful and engaging communication, keeping Indian sentiments in mind.