Essel Vision gets aggressive in content creation business across mediums 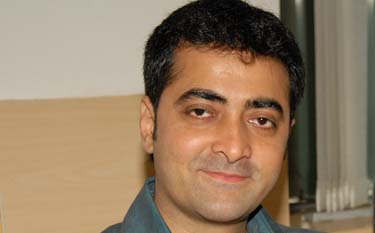 Essel Vision gets aggressive in content creation business across mediums

To enhance Essel Vision Productions (EVPL) from its current size into a business which is larger in terms of reach to multiple channels and languages, Zee Entertainment Enterprises (ZEEL) has appointed Akash Chawla, who was heading the marketing function for national channels at ZEEL, as Business Head, EVPL.

Essel Vision Productions was set up in June 2012 to create different content and strike a balance between the quality and business of feature films and television. It is headed by Nittin Ken, CEO.

“Essel Vision is very focused in the film and television production, digital, events and the IP creation business. Having spearheaded marketing for Zee TV, Zee Cinema, Zee Classic and Zee Cine Awards, Akash has worked successfully towards the launch of three of ZEEL’s new brands in the last one year – &pictures, Zee Anmol and Zindagi. He will work towards strengthening our presence in Hindi and other languages movie production and marketing and the digital business to catapult the organisation’s ambitions to the next level. We will produce content not just for Indian audiences but also for companies and audiences the world over. While IP rights provide the foundation upon which innovation is shared and creativity is encouraged, the digital age provides many opportunities within the entertainment media industry to improve efficiency, costs and viewer experiences. Everything we do is driven by an unyielding passion for excellence – and an unfaltering commitment to develop the best products. We are in talks with various leading collaborators for the same and will soon announce new initiatives,” said Keni.

Essel Vision has already made a mark in television and feature films, both in the Hindi and Marathi, with films like ‘D-Day’, ‘Gulaal’, ‘Natrang’, and ‘Kaaksparsh’. The company has also made films like ‘Time Pass’, ‘Lai Bhari’ and ‘Duniyadaari’ which have been the highest grossers in the Marathi film space. Its other creation, ‘The Lunchbox’, has already received accolades around the world.

In the television space, the company has programmes like ‘Fear Files’, ‘Dance India Dance’ and ‘India’s Best Dramebaaz’, ‘Saregama’, ‘DID L’il Masters’, ‘DID Super Moms’ in Hindi, and ‘Eka Peksha Ek’ and ‘Fu Bai Fu’ for Marathi television. The upcoming feature films include ‘Mad About Dance’ which is promoted by Shah Rukh Khan and another film called ‘3AM’ (horror film) is on the anvil.