News18 India launched in US

The 24-hour news channel, which is already present in the UK, Singapore and the Middle East, is aimed at giving the global audiences a window into India 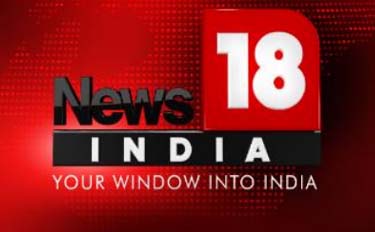 News18 India launched in US

The 24-hour news channel, which is already present in the UK, Singapore and the Middle East, is aimed at giving the global audiences a window into India

TV18 Broadcast Limited has now entered the US market with the launch of News18 India, a 24-hour news channel designed to give global audiences a window into India. The channel went live on July 30, 2014 on Dishworld and Dish Network Channel 711.

News18 India is already present in key South Asian diaspora markets that include the UK, Singapore and the Middle East, and is distributed by IndiaCast, a TV 18 and Viacom 18 company for monetizing its channels and content in India and overseas.

News18 India will be available to all viewers on the International base pack, English News pack and Hindi Mega pack, making this one of the most widely distributed Indian News channels in the US.

News18 India is produced by the same editorial team that runs TV18’s business and general news services in India that include CNN-IBN, CNBC-TV18, CNBC TV18 Prime HD, IBN7, CNBC-Awaaz and CNBC Bajar. News18 India will serve as the destination for definitive news and views from India, including in-depth analysis, business news and local weather reports. Through a power-packed delivery format including bulletins, feature shows, interviews and a rich graphic interface, News18 India will be a one-stop destination for all the latest from the sub-continent.

News18 India will offer a dynamic and customised blend of business and general news programming at times that suit the US audience, ensuring greater relevance for the viewers in the region. In addition to News18 India, IndiaCast distributes the flagship general entertainment channel, Colors, its sibling Rishtey, MTV India International and six ETV branded services in the overseas markets.

Avinash Kaul, CEO, IBN News Networks, said, “It gives me immense pleasure to expand our global footprint and to take the best of Indian news to every household outside of India. News18 India is a destination for definitive news for the Indian diaspora, a community of high achievers seeking Indian news and for ethnic conglomerates with business interests in India. At a time when the world is watching India, News18 India will serve as the world’s window into India.”

Gaurav Gandhi, Group COO, IndiaCast, said, “We are confident that News18 India, with a customised offering for the US market, will fill the void of a comprehensive business and general news service from India. This would be our seventh channel on the Dish network, and with them we found a perfect partner to bring this channel to all viewers who want a window into India.”