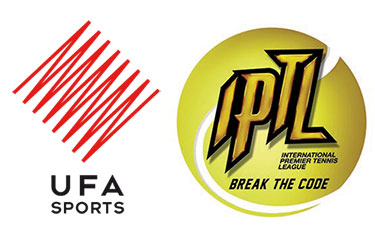 The International Premier Tennis League (IPTL) is a brand new team tennis format played across several countries in Asia with its first-ever edition to be held later this year.

From November 28 until December 13, 2014, current tennis stars and legends compete in four franchise teams in Manila, Singapore, New Delhi and Dubai featuring the likes of Rafael Nadal, Novak Djokovic, Andy Murray, Serena Williams, Andre Agassi and Pete Sampras. The competition will feature a total of 21 Grand Slam Champions and 14 current and former World Number Ones with a total prize money budget of over 29 million US dollars.

The four teams will play a total of 24 matches in a round robin format to determine the inaugural IPTL League Champion. Modelled after successful international sports franchise concepts, the IPTL combines world-class sports and entertainment in a format that keeps both, spectators and TV viewers completely engrossed.

All matches will be produced in HD quality with IPTL graphics and commentary.

IPTL and UFA Sports have agreed on a comprehensive cooperation, including the media rights distribution in the respective host countries as well as worldwide.

Multiple grand-slam winner, Mahesh Bhupathi, founder of the IPTL stated, said, “We are pleased to announce that UFA Sports will be the exclusive marketer of the worldwide media rights of the International Premier Tennis League. UFA Sports brings wide experience and a high level of expertise which will help the IPTL reach a global audience. UFA Sports is ideally placed to promote a unique concept like IPTL and we look forward a long association.”

Stefan Felsing, Managing Director UFA Sports, said, "The International Premier Tennis League is an extremely attractive, new format in the world of tennis with the potential to revolutionize the sport. We are glad to become a part of the development of the IPTL and to extend the UFA Sports portfolio with a high quality product."