From tyrannical saas-bahu, to creating a social change by breaking stereotypes and portraying progressive women, the daily soap is undergoing a clear change 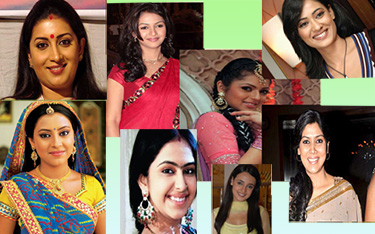 From showing tyrannical mothers-in-law and submissive women, to creating a social change by breaking stereotypes and portraying progressive women, the humble daily soap on Indian television is undergoing a clear change

Lately, programming on Hindi general entertainment channels (GECs) is being infused with progressive and novel content, breaking age-old societal taboos and moving away from the realm of saas-bahu dramas. Topics like remarriage, late marriage and divorce, fixation with fair complexion, extra-marital affairs, women’s issues and in-family crimes are more openly talked about now.

A few years ago, most daily soaps on Hindi GECs hinged on ‘kitchen politics’, with shows that were regressive and reeking of clichés. There was no escaping the images of the pious daughter-in-law, the vamp, the wicked mother-in-law, their over-the-top expressions, the big bindis, gaudy saris, exotic jewellery and palatial houses, captured by multiple cameras.

The content was always deep-rooted in backward beliefs. In most of the programmes, women suffered in silence, cowered under a patriarchal society, faced bias for being dark-skinned, were ill-treated by cruel mothers-in-law and suffered from low morale and self-esteem.

Today, change is evident. Shows such as Sony’s ‘Bade Ache Lagte Hain’ which showed two people getting married at an age which is considered late as per societal norms, and ‘Balika Vadhu’ on Colors which sensitised the audience about the evils of child marriage and dowry still prevalent in our society have brought in variations.

‘Yeh Hain Mohabattein’ on Star Plus, which talks about issues such as remarriage and women having trouble in conceiving; ‘Jamai Raja’, on Zee TV, which highlights the duties of a man towards his in-laws; ‘Laut Aao Trisha’ on Life OK, touted to be one of the boldest shows on air today, touching topics like incest, affairs and in-family crimes, all point towards the dawn of a new era in progressive and realistic programming on Indian television.

MSM launching its third GEC - Sony Pal - which promises to celebrate the joys of womanhood through its women-centric programming, only cements this belief. The channel’s core TG will be women across India, in the age group of 15-34 years, in the SEC B, C, D and E markets.

BestMediaInfo.com spoke to head honchos of TV channels to decipher what brought about this change.

Raj Nayak, CEO of Colors, says, “Television is a mass medium which has the power to create awareness about issues and societal taboos which are prevalent across the country. At Colors, we have built our core competencies in bringing to light and sensitising audiences to these problems. Since the channel launched in 2008, we have showcased multiple social causes through shows like ‘Balika Vadhu’, ‘Na Aana Iss Des Laado’ and ‘Uttaran’, among others, which have struck a chord with audiences, while becoming landmark properties with high recall.”

Nayak explains, “These concepts are well-received across the length and breadth of the country. For instance, when we first launched ‘Balika Vadhu’, we had a clear agenda to reach out to thousands of young women across the country who were silently suffering due to malignant social taboos. The show was created with a single motive of ensuring that our viewers take back some learning every time they watch the show. From the repercussions of child marriage to touching upon several thought-provoking and sensitive issues such as remarriage, adult literacy and women empowerment, the show has pulled at the heart strings of our viewers, especially in the Hindi hinterland where remarriage of a woman who is a divorcee or widow with a child is forbidden. ‘Balika Vadhu’ has become a household name and is looked upon as a catalyst of change, and that is testimony to the fact that we have succeeded in our mission to educate our viewers who blindly follow societal stigmas.”

Ajit Thakur, General Manager, Life OK, believes that audiences’ preferences and outlook have changed. “The reason why we see tabooed issues being discussed or brought to the fore in the serials today is because the audience has turned more mature. Every channel has realised the true potential of television, which serves as the best place to debate, discuss and make others aware. Life OK, being a new channel, has always believed in showing content which is the reflection of the society in which we live,” Thakur says.

On being asked about the challenges of marketing such properties, Thakur said, “The trick lies in being able to land a potentially polarising campaign in the right way and to the maximum viewers. From a medium point of view, we feel the audience exists on television itself, but the choice of platforms may vary slightly depending on the target group.”

For Pradeep Hejmadi, Business Head, Zee TV, finding the right content is a two-pronged approach. “There are two things to keet in mind while writing the script for any serial. Firstly, if the content doesn’t resonate with what the audience believes in, then it will get rejected immediately. Secondly, there is a fair degree of interest in wanting to know the different cultures existing in India. For example, when we started with ‘Qubool Hain’, we heard many criticisms that a serial based on a Muslim community won’t work well. But it did, because our attempt was to change the mindset and the stereotypical attitude ingrained in us about this community.”

Do novel and unconventional concepts ensure a good share of eyeballs? Nayak answers in the affirmative: “With the evolution of the dynamic Indian television industry, audiences have become more responsive towards differential content, which is also evident through the ratings garnered by properties which showcase cause-based content. If a story is narrated through a crisp storyline, and builds strong characters, it has the potential to draw viewers’ attention and keep them engaged week-after-week.”

According to Thakur, these serials serve a dual purpose: one is to make viewers aware, and the second is to grab eyeballs from male audiences. “A Hindi GEC, typically, enjoys more viewership from females than males; therefore, in order to cater to the second category of audience, it helps to add some boldness or crime quotient to the shows. It keeps them hooked because these serials are mostly finite in series. Grabbing eyeballs for a particular property depends on finding the right insight, backed with good storytelling,” he explains.

Shailaja Kejriwal, Chief Creative - Special Projects, Zee Zindagi, pointed out that these shows have admirers everywhere. She says, “These concepts work well not only in the metros, but also in the tier 2 and tier 3 markets. As a nation we all are moving forward, even though at different paces, but no one is actually stuck in time. Television continues to be the biggest influencer and a friend to everyone. Therefore, today, people in these areas are getting as much influenced by a Hindi GEC as by an English GEC.”

End of saas-bahu soaps? Not yet

Kejriwal is of the opinion that television content is a mirror to society. “Today, the society is evolving and, as a result, different kinds of audiences have emerged. One section of the audience will continue to like the saas- bahu sagas, while the other section is growing, more mature, and is craving for variety in content. The remote is in their hands and, therefore, it is the job of the broadcasters to provide the viewers with what they want or else lose on viewership.”

Thakur, too, is of the opinion that the saas-bahu dramas are here to stay. “The advantage of having saas-bahu soaps is that they can run for years. The reason for this is that the character is more important than the issue. On the other hand, the concept serials have a limited shelf-life because the main aim is not to build any character but to promote the cause. Therefore, saas-bahu serials will always be there as they cater to a large section of our Indian audience,” he explains.

Sundeep Nagpal, Founder & Director, Stratagem Media, says, “With the introduction of new and forward concepts to the serial content, it doesn’t necessarily mean that we will actually see an end to the saas-bahu serials. What exactly is a saas-bahu soap? Other than the saas and bahu, there are a lot of issues taking place inside the household like affairs, remarriage, divorce, women empowerment and family crimes. So, where is the end?”

Anita Nayyar, CEO, Havas Media Group, India & South Asia, says, “Today's audience is spoilt for choice and we are seeing a growing tendency to experiment and experience new things. The saas-bahu saga is a tried-and-tested format which assures delivery, but has been overplayed. We can’t forget that content/consumer is king and, hence, channels need to create differentiation and showcase rich immersive content to a slippery audience. The newer GEC series are also reflective of the cultural change in Indian society and its mindset. People are getting married later, inter-caste marriages are more prevalent, dark is beautiful and the son-in-law does play an active role in regular family life.”

Harish Bijoor, brand expert and CEO, Harish Bijoor Consults, says, “There was a sense of boredom and overdoing with the subjects in the Hindi GEC space for so long. The modern India is now coming out of the closet, as a result of which models, paradigms and formats are getting reinvented. Content providers are learning to push the envelope a little more and getting inspired by advertisers who are pushing more women stories, like ‘Titan’ showing the second marriage, ‘Airtel’ focussing on the women boss and more brands doing the same. I believe that this trend will persist in the Hindi GEC space, and all the issues which were considered a taboo once, will soon come to the mainstream.”

Echoing the same thought, Nagpal adds, “Writers on television were running out of stories and were thus producing the same ‘ghisa pita’ (beaten and worn out) content, which were becoming unwatchable. Therefore, in order to create excitement and to challenge the societal norms, they started writing scripts which were related to actual happenings in society. However, I would like to say that the content in these serials is a reflection of the society in a very small way, as everyone is not going through a divorce or an affair, but yes, some surely are. Therefore, the debate of whether real life influences story telling or vice-versa will continue.”

Nayyar further says, “People relate to these issues and thus the shows garner eyeballs, resulting in ratings. Tier 2 and 3 cities have borne the brunt of these social issues far more than metros have. These are easily acceptable in the metros, given their cultural advancement and education. However, these cities certainly have become far more advanced than we sometimes give them credit for. The markets are moving to Tier 2 and 3 and so are the marketers. The content also needs to follow them. Besides, these are the present and future contributors to a strong India GDP.”

Shailesh Kapoor, Founder & CEO, Ormax Media, is of the opinion that audiences are seeking stories that are rooted in their contemporary reality, and hence, subjects that are relevant to today’s India are finding more resonance. “Every concept has its own market, depending on its relevance. A late-marriage issue may work more in metros, but a show on women’s education will work better in smaller towns. There is no such fixed rule for channels to garner good ratings; it only depends on how strong the concept is and also on its execution,” Kapoor says.

Saas-bahus may have lost some sheen but they are not down and out – not yet. But a changing society and viewer preferences are chipping away at the old GEC formula.