McCann also won a Silver medal along with Viacom 18. Appies 2014 recognises the 15 most brilliant marketing communications ideas in Asia Pacific 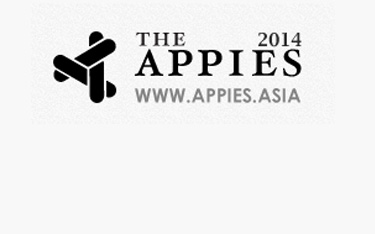 McCann also won a Silver medal along with Viacom 18. Appies 2014 recognises the 15 most brilliant marketing communications ideas in Asia Pacific

The APPIES 2014 has announced winners of the 10 Gold Medals, 5 Silver Medals and 5 Best Presenters as the two-day festival came to a close on August 15, 2014. McCann Worldgroup India and BBH India have won 2 Golds each. McCann India and Viacom 18 (MTV India) won a Silver each.

BBH India both its Gold for Marico’s ‘Change with Pride’ and ‘Sharing Success’ campaigns.

Viacom 18 won Silver for the ‘MTV Rock the Vote’ campaign.

The judging panel, comprising notable top marketers across the region, selected the winners from a shortlist of over 70 entries showcasing many global brands.

Held over August 14 and 15 at the National University of Singapore Society (NUSS), the Appies is organised by the Institute of Advertising Singapore, and provides a stimulating platform for all attendees, as they witnessed award-worthy campaigns from a diverse range of industries, representing six broad categories: Food & Beverage, Non-Food FMCG, Consumer Durables, Business Services, Consumer Services and Pro-Bono/Government/Cultural.

The Appies is the only award in Singapore where presenters (brand marketers or campaign creators) pitch their work individually, in the presence of a live judging panel, to convince them of their campaign excellence.

Chief Judge Sridhar Ramaswarmy, Director of Retail Marketing of Lenovo, said, “The submissions were of very high quality which made the judges think and debate quite deeply. We are very pleased with what we have seen year at the Appies. The Appies is a festival for all of us to learn and develop, and cultivating a knowledge-sharing culture. The collaborative work that we see this year between clients and agencies on the submissions is highly commendable. The APPIES is about effectiveness, the winning entries selected are those that have made the leap in effective execution and ultimately deliver results.”