Launched in Ahmedabad, the new Gujarati daily is the fifth language daily from The Times Group 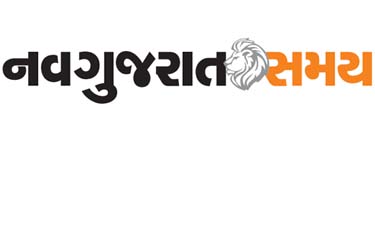 Launched in Ahmedabad, the new Gujarati daily is  the fifth language daily from The Times Group

In less than six months since its launch, The Times Group’s new Gujarati daily, NavGujarat Samay, has claimed that it has achieved the milestone of crossing the 2 lakh circulation mark in Ahmedabad.

Ahmedabad is traditionally known to be the bastion of established and well-respected Gujarati dailies that have strong reader loyalties. According to the Times Group, “For NavGujarat Samay to achieve a 2 lakh circulation in just six months is testimony to the fact that Gujarati readers in Ahmedabad appreciate a premium, modern product when they see one, and have welcomed NavGujarat Samay’s unique mix of best in class business news, hot city news, reader engagement and a sleek and modern design.”

Rahul Kansal, Executive President, Bennett, Coleman & Co. Ltd (BCCL), said, “We at Times Group pride ourselves in intuitively understanding the needs of our readers and over-delivering on those expectations. NavGujarat Samay has been lapped up by the Ahmedabad readers in a short period of time. We at The Times Group are hugely encouraged by this endorsement from the ones who matter the most – our readers.”