“What gives us an edge are our shows, there is no two ways about it. Most of our shows are award winning shows” 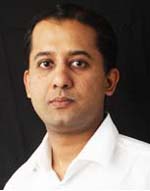 “What gives us an edge are our shows, there is no two ways about it. Most of our shows are award winning shows”

For the past few months, FX from the Star India stable has upped the ante in the English niche genre. It has taken Sony’s AXN head on with great success. The content is fresh and edgy with iconic shows. Kevin Vaz, Business Head for English Channels, Star Jalsha and Jalsha Movies at Star India, talks about the channel’s strategy, programming, viewership accretion and more. Excerpts:

You have brought shows like ‘Breaking Bad’ and ‘Walking Dead’ to India. Why did you suddenly change your programming and how is the response to these shows so far?

Six or seven months ago we had a change in programming. We thought of how we can build FX and make it a top channel. We wanted to go ahead of AXN. We already have Star World, FX and Fox Life. We brought on edgy shows like ‘Fringe’, ‘X-Files’ and ‘Prison Break’ and saw a month-on month growth. As a matter of fact, in the last six months, we have had about 85 per cent growth.

In July we decided to further change our programming by bringing in bigger, iconic, award-winning shows. So, in May we launched 'The Listener'; 'The Guardian' and 'Breaking Bad' in June; and in July we came up with 'Walking Dead'. These are all hugely popular shows with several Emmy nominations each. All the changes we did have helped us grow week on week. We are the number one in our segment in metros, whichever cut you take – be it the 24-44 age group, be it the younger 15-24 age group, male or female viewers.

Where do you stand right now? What other plans for FX?

We judge on the basis of three parametres: reach, relative share and time spent. We currently enjoy 29 per cent market share, which is way above the rest. Our month-on-month reach has also grown ahead of AXN, and we now enjoy a weekly reach of 2.3 million. We are leading by far in time spent as well. We have led in 78 weeks with 24 minutes time spent. On a week-on-week basis, seven out of 10 shows are ours. Even with our competition like Star World and AXN, we are doing really well. On top of that, we plan to bring more new shows shortly, like 'Downtown Abbey', 'The American', 'The Bridge', and 'Mad Men'.

What gives FX an edge over the competition?

The content of FX is edgy, and therefore it appeals to different people. While we will have regular shows, comedies and family entertainment, we will also have a ‘Breaking Bad’ or an ‘X-Files’ for people who like edgy content.

What gives us an edge are our shows, there is no two ways about it. Our clear-cut positioning is to reach out to the males. Most of our shows are award winning shows, be it ‘Californication’, ‘Helix’, ‘Nurse Jacky’ or ‘Sons of Anarchy’.

How much can a niche channel like FX rely on TRPs as it keeps fluctuating sharply depending on viewership in even one town?

According to me, these rankings are just an indication. The perceptions a show brings mean a lot more. We therefore pick up shows that will resonate with the maximum number of our viewers.

FX comes across as the choice for the upwardly mobile viewers. How have you chosen your content to make it attractive to them, especially the male viewers?

The shows we have on FX are targeted at people who are more evolved in their viewing. Take, for example, ‘The Simpsons’. It is an animated show. But is it a cartoon meant for kids? No! Will everyone understand the humour of Simpsons? No! We are looking at those people who have an evolved view or choice already.

When are you planning to launch FX in HD?

We are working on this right now though we can't set a date to it.

When it comes to social media engagement, FX is far behind its competition. Any particular reason for such a weak focus on social media?

You have to remember that ours is a relatively new channel. Therefore, we haven't had the chance to explore the strength of social media fully yet. You will soon see us getting active on social media and a new campaign will also be released next week.

Do you think the niche channels under you including FX would benefit from Star Adsharp?

Star's AdSharp is not looking at English GECs right now.

How much does viewership impact advertisers and agencies when it comes to niche channels like FX?

We have tied up with the biggest studios and we get a first chance to show the content on offer. Be it Disney, Sony, Fox, Universal. All the iconic shows from these studios come to us first. We have the freshest content, especially on channels like Star World Premier. Numbers will always be an indicator and good shows which create a buzz will get more advertisers.

What do media planners look for in FX?

It’s the same as above. As long as we have content that excites and creates a buzz as well as engages people we will get advertisers. At one point of time Star World, Crime and FX were together enjoying a 50 per cent share of the advertising pie.

Where do you see the genre's growth, consolidation, profitability and sustenance in three years or five years down the line? Do you see any significant increase so far in subscription revenue with digitisation?

Digitisation has only helped the genre. I’m positive that more and more people will now be able to watch English shows. In India, people aspire to learn English. Earlier the images were always hazy or unclear. Now, with digitisation the picture quality is good. And with more reach, it promises to be the best window to the outside world. Though the effect has not been immediate, it does show positive signs. It is a slow process but revenues will pick up.

Do you have a clear-cut differentiation of programming for the cluster of channels you handle?

Star World is mainly targeted towards the family while FX is more evolved viewing for the male audience, basically the higher SEC A audience. For those who like procedural stuff, again more male skewed, there is Crime. So, we have a well-rounded portfolio and advertisers can reach out to a multi-variety of viewers through us.