The account was bagged following a multi-agency pitch. The football league is expected to run along the lines of IPL and Major League Soccer (MLS) in the USA 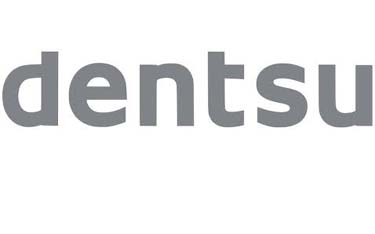 The account was bagged following a multi-agency pitch. The football league is expected to run along the lines of IPL and Major League Soccer (MLS) in the USA

The Indian Super League (ISL) is the name of a new football league being spearheaded by IMG-Reliance (a joint venture of IMG and Reliance Industries) and the All India Football Federation (AIFF). It is set to kick off in October 2014 and finish its first season in December 2014. The league is expected to run along the lines of the Indian Premier League (IPL) and Major League Soccer (MLS) in the USA.

The football league is expected to see participation from eight franchisees with each team featuring one marquee player and a mix of international and Indian players. Unlike IPL, there won't be any player auctions but franchisees will pick up players by ‘Draft System’ modelled on the MLS Draft.

DEN has recently joined hands with ISL to spearhead the cause of nurturing football across Delhi. With the Delhi team coming into force, the company wants to give every Delhiite reason to love the sport and revel in the fanaticism, passion and intense craze that the sport is known for globally. Football is unfailingly the planets favourite game! The recently concluded FIFA World Cup garnered approximately 55 million eyeballs in India.

Over the last few years, football is beginning to score big in India with aggressive positioning of EPL and Champions League, global events like FIFA World Cup and other international sporting events like the Euro Cup. In fact, football is the new conversation starter for most, especially the ‘classes’ and is seen as the new ‘cool.’

On winning the account, Rohit Ohri, Executive Chairman, Dentsu India Group and CEO, Dentsu APAC (South), said, “ISL will provide the much needed platform to build football as a sporting passion in India. We are delighted to partner DEN in building Delhi Dynamos. This is a great opportunity for us to leverage in India the rich heritage and expertise in sports marketing that Dentsu has in Japan. Sameer (Manchanda) has an inspiring vision for the game and the team. We look forward to delivering that vision through a comprehensive integrated communication plan.”

Sameer Manchanda, Chairman and Managing Director, DEN Networks, said, “India’s football revolution is just starting. Football is on its way to becoming India’s second sport. We hope that our collaboration with Dentsu will create the magic around the Delhi Dynamos that instantly connects with passionate youth and football fans of Delhi and the region. Our dream is to make India a major force in the global soccer ecosystem.”