Another churn at The Hindu as Praveen Swami & P Sainath quit

Both the senior editors have hinted they found it difficult to work under the new set-up. Swami to join Indian Express as National Editor, Strategic & International Affairs 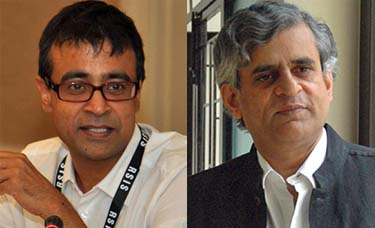 Another churn at The Hindu as Praveen Swami & P Sainath quit

Both the senior editors have hinted they found it difficult to work under the new set-up. Swami to join Indian Express as National Editor, Strategic & International Affairs

After the changes in the top level management at The Hindu last year, the churning in the paper has not stopped. Now senior editors P Sainath and Praveen Swami have put it their papers. Swami has joined Indian Express as National Editor, Strategic & International Affairs reporting to Chief Editor Raj Kamal Jha. Sainath, winner of of the prestigious Ramon Magsaysay Award for 2007, will be working on a few rural projects before taking up any regular assignment.

Both Sainath and Swami hinted they found it difficult to work under the new system which emerged after the shift in power structure in Kasturi and Sons Ltd, the publishers of The Hindu newspaper, in October last year.

An email sent to N Ravi, Editor-in-Chief, by BestMediaInfo.com to know company's response on the allegations remained unanswered.

In his mail written to colleagues at the time of resigning, Swami, The Hindu’s Strategic Affairs Editor & Resident Editor, New Delhi, said, “The last few months have not been pleasant, for reasons all of you are aware of, and I decided it was best to use my energies doing journalism, not fighting battles that serve no purpose for anyone. I owe an apology to the fine young reporters as well as eminent senior colleagues who I could not protect from shabby treatment. Though none of the decisions were mine, they happened on my watch, and for that I owe you an apology.”

When contacted Swami seemed reluctant to divulge details about the ‘decisions’ he wrote in his email, but said, “It began to feel a little bit like working for Pol Pot, and I didn’t want to hang around until I was executed or sent off for re-education”. Swami also ruled out any possibility of political pressure on the newspaper.

Rural Affairs Editor Sainath and a dozen of other senior journalists have also resigned for similar reasons. According to sources, what spurred these resignations was the top management’s “indifferent attitude” towards some of the senior journalists.

“There have also been a number of instances of abusive behaviour – shouting, screaming, personal abuse – which, frankly, anywhere else, would have caused a public scandal. There is no political pressure, but certainly investigative stories are out now – the whole culture is of 200-300 word press release type stories,” a senior journalist at The Hindu, who did not want to be named, said.

The Hindu journalists have levelled serious allegations against the top management and have accused it of transferring journalists from one state to another for no reason. “Recently, Rajasthan correspondent Mohammad Iqbal was transferred out of Rajasthan because the management did not want a Muslim correspondent in a BJP ruled state. Vidya Subrahmanyam, who was unceremoniously shunted out of her cabin despite her long years of service and eminence, and made to sit at a workstation right in front of her cabin. Senior Delhi based journalist K Balchand was posted to Patna despite his wife suffering from a critical ailment, and then denied leave to attend to her treatment,” a staffer said.

Former editor Siddhartha Varadarajan and Executive Editor MK Venu were ousted from their positions unceremoniously last year when family decided to run the paper itself. Since then N Ravi as Editor-in-Chief and Malini Parathasarthy as Editor have been running the show at The Hindu.

Interview: Siddharth Varadarajan, on why he stepped down as Editor of The Hindu