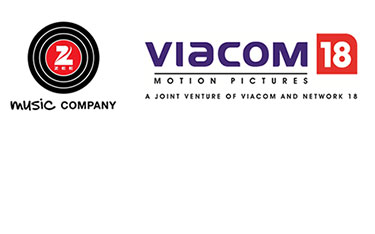 ZEEL’s new music label, Zee Music Company (ZMC), has just bagged the music rights of some the biggest films of the year. After its successful launch a couple of months back, ZMC has now joined hands with Viacom18 Motion Pictures for the music rights to their entire slate for 2014.

Anurag Bedi, Business Head and EVP, ZMC, commented, “We are thrilled to have Viacom18 Motion Pictures on board with ZMC. They have a very exciting line-up of releases slated for the year and we are proud to be associated with them.”

Going into the details of the deal, he said, “The 14-film deal includes the Akshay Kumar starrer ‘Gabbar’, Priyanka Chopra’s next film ‘Mary Kom’, and ‘Manjunath’. Other noted titles include ‘Dharam Sankat main’ with Paresh Rawal in the lead and other exciting projects.”

Ajit Andhare
Ajit Andhare, COO, Viacom18 Motion Pictures, stated, “We’re excited about this partnership and believe that that with power of Zee channels behind us, our film promotions will go to the next level in terms of innovation decibels and impact.” Zee Music Company has already made an impressive impact on the industry with the music of  Akshay Kumar and Sonakshi Sinha starrer  ‘Holiday’ which is set to cross Rs 100 crore.
Info@BestMediaInfo.com