The campaign, conceptualised and created by FCB Ulka and Eeksaurus, shows the ease of turning any place into a Wi-fi zone with the Photon plug 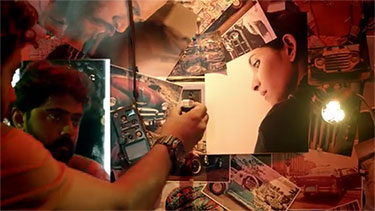 The campaign, conceptualised and created by FCB Ulka and Eeksaurus, shows the ease of turning any place into a Wi-fi zone with the Photon plug

India has a long time to go before making streets and public places Wi-fi zones. But Tata Docomo is on its way to make the house an easy, anytime Wi-fi zone. The newest campaign by FCB Ulka features Tata Docomo's new ‘plug to surf’ device as the protagonist. The idea was to highlight the feature of the device that lets you convert any place into a Wi-fi zone with the help of any normal plug.

“The idea behind the campaign is very simple: we want people to know the ease of use that the Photon Max/3G Wi-Fi offers the customers. The core idea is ‘if you have a socket, you can have internet anywhere anytime’. Tata Docomo Photon, through this quirky television spot, focuses on the ease in getting high speed internet at the click of a button,” explained Gurinder Singh Sandhu, Head Marketing - Mobility, Tata Docomo.

The TVCs explain how creating a Wi-fi hotspot is easy. All that is required is a normal plug point. This gives you the seamless internet connection that is usually reserved for only broadband connections. The device can be used in homes, offices, coffee shops, etc. The TVC also focuses on the recently launched e-shop which enables customers to buy telecom products and services online for the first time in the industry.

Suresh Eriyat, Founder and Creative Director, Eeksaurus, the production house of the TVCs, said, “Design is adapted around all of us even in the most inconsequential of things. Today, whereas a lot of attention is given to the consumer in ad campaigns, we have been able to create an equally effective visual without the actual person being the prime focus. In making the love story of the dongle and socket the focus, the background score further allows to sync in all the elements of the ad more effectively.”

The TVCs open with a hand carrying the Docomo Wi-fi plug surfing for a plug point. It is then shown to be plugged into sockets in old houses, bathrooms, studios, coffee shops, parlours, garages, etc. It ends with the voiceover informing: ‘Create a Wi-fi zone anywhere. Simply plug and play.’

Sandhu added, “After the success of Photon Max/3G Wi-Fi device, we felt a need for the customers to know how easy it is to access the device. Hence, we came up with the idea of this campaign to stress on how accessible and easy to use the device is whose operability only depends on a power socket and the customer is good to go to create a Wi-fi hotspot anywhere! Not only telling the customers about your product is important but it is equally crucial to stress on the different features of the product for a broader acceptance.”