The former MD and CEO of Times Television Network was designated as President – Corporate Development, BCCL, earlier this year 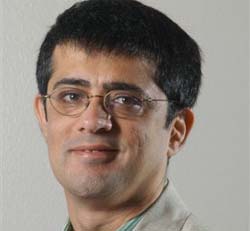 The former MD and CEO of Times Television Network was designated as President – Corporate Development, BCCL, earlier this year

The former MD and CEO of Times Television Network (TTN), Sunil Lulla, has quit. Today was his last day in office at Bennett, Coleman & Co. Ltd. After he was replaced by MK Anand at TTN, Lulla was designated as President – Corporate Development, BCCL, in January this year.

It may be noted that after Anand took over as MD and CEO of Times Television Network, Avinash Kaul, CEO, Times Now, ET Now and Zoom, and Ajay Trigunayat, CEO, English Entertainment Channels, TTN, have also moved on.

In 2000, Lulla had started up indya.com, which was acquired later by News Corp/Star. Prior to that, he kick-started and built MTV to No. 1 position in India. Lulla was General Manager and Country Head at MTV India from 1996 to 1999.

Lulla has worked with media, entertainment, technology and television broadcast for the last 26 years. His early years were spent in Sales and soon thereafter with J Walter Thompson in senior positions in India, China and Taiwan. He was member of the team which helped turn around Sa Re Ga Ma (HMV) in India.

Lulla is a member of many industry associations and helps drive policy and agenda setting themes for the advertising, media and entertainment industry.