The film, created and executed by iContract, allows users to travel virtually to distinct regions in India which have given birth to the 3 mangoes that have inspired the new flavours of Slice 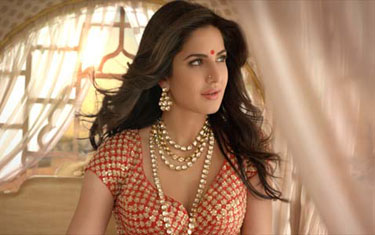 The film, created and executed by iContract, allows users to travel virtually to distinct regions in India which have given birth to the 3 mangoes that have inspired the new flavours of Slice

Slice has launched an interactive digital film, as part of its SwayAAMVar campaign. It is said to be the first ever digital innovation of its kind, created and executed by iContract. This campaign allows the users to travel virtually to three distinct geographies of India, alongside Katrina herself and discover the cultural nuance of each region in a quest to reveal the three mangoes that have inspired the new variants of Slice- Banganapalli, Kesar and Dussehri. The film integrates the Slice SwayAAMvar contest where viewers can vote for their favourite flavour & get a chance to win a date with Katrina! The contest is active from March 25 to June 10, with a winner being declared every ten days on the Slice website-http://mangoslice.in/experience.

Commenting about the new digital campaign, Prashanth Challapalli, SVP & Digital Head iContract, said, “Slice has always disrupted the category with its communication and we wanted to take this several notches higher by creating a truly unparalleled interactive digital campaign by gamifying the website. Users can interact with the flavoured Slice bottles in the video as well as with Katrina via a series of gesture and touch based interactions that bring the consumer closer to the world of Slice and Katrina. This was an intensive project that was spread a little over 2 months and we are hopeful that it will set a new benchmark for digital storytelling.”

The interactive film is hosted on a responsive HTML5 website and it allows for browser based interactivity across all devices. The Android and iOS apps allow for the pairing of phones with desktop browsers, using gesture and motion sensor based technology to complete the immersive experience across devices and platforms and thereby take it a step further.

“Slice, as a brand has always stood for a highly sensorial mango experience. With this first of its kind digital innovation in any category in India, we have enabled our consumers to experience the brand in a never before avatar; by creating truly engaging and immersive digital experiences for them. We are confident that this campaign will drive better connect with our consumers,” said, Anshul Khanna, Sr. Manager (Juice & Juice Drinks), PepsiCo.