Shweta Purandare to take over as ASCI Secy. General as Alan Collaco retires 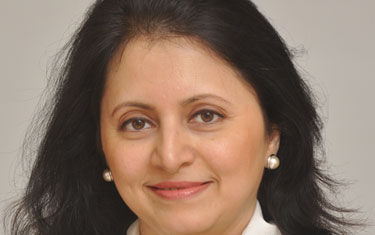 Shweta Purandare to take over as ASCI Secy. General as Alan Collaco retires

The Advertising Standards Council of India (ASCI), the self-regulatory organisation of advertising content and protecting the interest of consumers in India, has announced that Alan Collaco, ASCI’s Secretary General, will be retiring effective May 30, 2014.  He will remain with ASCI through May 2014 to ensure a smooth and successful transition for his successor, Shweta Purandare, currently Chief Operations Officer of ASCI. She will assume her role as Secretary General from June 1, 2014.

Purandare has over 22 years of industry experience, having worked with eminent companies such as Cipla, Merind, P&G and L’Oreal. She has been actively associated with ASCI as its COO for the past one year. In her new role, she will continue to handle the Consumer Complaints process. In addition, she will be leading Marketing, Public Relations and Social Media initiatives for ASCI.

Meanwhile, Ashutosh Geedh has joined ASCI in the newly created post of Chief Administrative Officer on May 5, 2014. He has done his MBA from the Asian Institute of Management, Manila. His experience spans over 19 years in companies like Patni Computers, LIC, Securex Capital Advisors and Towering Heights Telecommunications. He will broadly be responsible for Administration, Finance & Accounts, HR, Legal, IT and internal & external communication. He will report to the Secretary General.

ASCI Chairman Partha Rakshit said, “Alan will be greatly missed by ASCI members for his tremendous commitment to excellence. While we are indebted to him for his exemplary service to ASCI’s mission, we are also confident that his successor, Shweta, will demonstrate strong leadership skills and analytical insights, further supporting the association’s vision and mission.”

“I am grateful to the ASCI team for offering me the desired platform to get associated with India’s largest self-regulatory voluntary organisation of the advertising sector. I am deeply honoured to have had the opportunity to be in the core team of ASCI, supporting the association’s vision of protecting the interests of the consumers,” said Collaco.