The agency has caused worldwide outrage for its poster campaign for its client, Kurl-On, which depicts Pakistani schoolgirl Malala Yousafzai being shot in the face 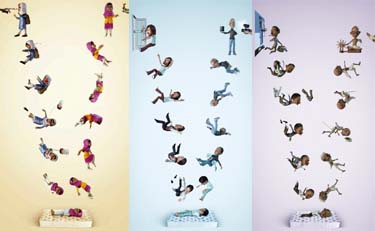 The agency has caused worldwide outrage for its poster campaign for its client, Kurl-On, which depicts Pakistani schoolgirl Malala Yousafzai being shot in the face

Arguably India’s best creative agency going by Cannes rankings, Ogilvy & Mather finds itself in the eye of a storm and vilified by an international outcry against a campaign it has done. The agency has caused worldwide outrage for its poster campaign for its client, Kurl-On, a leading mattress company, which depicts Pakistani schoolgirl activist and global icon Malala Yousafzai being shot in the face!

O&M had released a set of three ads titled 'Bounce Back' on the online ad forum, Ads of the World. The ad shows Malala, who was 14 when she was shot by a Taliban extremist, falling backwards covered in blood after being shot in the head, landing on a Kurl-On mattress where she is given a drip and then ‘bouncing back’ to receive an award.

The other two ads in the series feature Father of the Nation Mahatma Gandhi and Apple founder Steve Jobs. But it is the Malala poster ad that has drawn widespread approbation for using a horrific tragedy to sell a product.

It is leant that O&M had also entered the 'Bounce Back' campaign for the Kyoorius Advertising and Digital awards, but withdrew it on May 14, 2014 on the second day of the jury session. It is not yet known whether the series was a part of the brief given by the company or proactive work done by the agency.

Such was the global outcry that Ogilvy had to issue an apology from its US office. It read: “The recent Kurl-On ads from our India office are contrary to the beliefs and professional standards of Ogilvy & Mather and our clients. We deeply regret this incident and want to personally apologise to Malala Yousafzai and her family. We are investigating how our standards were compromised in this case and will take whatever corrective action is necessary. In addition, we have launched a thorough review of our approval and oversight processes across our global network to help ensure that our standards are never compromised again.”

When contacted, Ogilvy India’s spokesperson also issued the same apology to BestMediaInfo. Talking to insiders at Ogilvy who did not want to be named, it is likely that Ogilvy India boss Piyush Pandey will make a statement on the fiasco this week. Perhaps he should.

How Indian creative community sees it

The Indian advertising frat has termed the Kurl-On campaign as “insensitive”. When contacted, KV Sridhar aka Pops, Chief Creative Officer, SapientNitro, who recently stepped down as Chief Creative officer of Leo Burnett India, said, “The idea of ‘falling and bouncing back’ is essentially a very good thought. However, I feel that Malala as a topic is very sensitive and it is depicted in a very brutal way. My advice would be, if you are a global brand then choose the subject very carefully or else it might land you and your company in trouble – unless you want to be like Benetton. Using Malala is like using Nirbhaya for a commercial purpose which is bound to attract flak from all around the world.”

Pratap Bose, who recently stepped down as COO of DDB Mudra, was more blunt. He said, said, “Ads created with the specific purpose of winning at award shows is not something new....it's been going on for decades now, and everybody worth his salt in the advertising industry knows that. Some creative heads choose to take a 'holier than thou' position now because it suits them. They know fully well that they have actively pushed that agenda in the past and surreptitiously still do. These things get reiterated only when they get caught out.”

Prathap Suthan, Chief Creative Officer, Bang In The Middle, commented, said, “Yes, I did see the campaign. Obviously the campaign hasn't been done to deliver sales. It's purely done for creative and the festivals. However, while I love the entire idea of bounce back and the fact that the product played a central role, the use of Malala did not make any sense. Despite her surviving the incident and her current status, it still leaves an ugly taste and insensitivity behind. The global furore to this is normal and using her in any which way also brings out the tragedy that happened to her, and continues to happen in the Taliban world. It is a no-go area as far as I am concerned. Advertising is all good fun, but stay out of religious, political, terror and all those irksome areas that divide humanity. We are not into art that can seek to project angst, pain, torture, death. This would make us extremely niched and controversial and no brand would want that.”

Priti Nair, Co-founder of Curry-Nation, said, “The campaign involving Steve Jobs and Gandhi is still acceptable to the society, but the one involving Malala is in poor taste as it is a very sensitive and fragile topic to sell your product on. You can’t use a sensitive issue to do hard selling. It would have been acceptable had they done it solely to salute the spirit of bounce back, rather than mere selling it.”

Who did it? Will anyone be axed?

Ogilvy insiders, who did not want to be named, point out that “Piyush will stick his neck out, he never walks away from his team”.  The stand taken by the redoubtable Pandey would be interesting to watch.

To recollect, the JWT India brass wriggled out of the Ford Figo scandal last March-April by sacrificing its CCO Bobby Pawar and Vijay Simha Vellanki, Creative Director, Blue Hive, a WPP unit dedicated to managing the Ford business. But then, Ford is a massive global account and a powerful brand with immense clout. Kurl-On is no Ford in comparison. Therefore, the pressure would be less on Ogilvy India to troubleshoot out of the situation. And as Ogilvy insiders vouch, Pandey doesn’t sacrifice his team to wriggle out of difficult situations.

But it is also true that the sheen has worn off a bit from O&M’s principled stand for which it has stayed away from the Abby Awards at Goafest.

Other bounce back creative for Kurl-On: