McCann only Indian winner at 2014 Andys

The agency, which won for its ‘Author headphones’ campaign for Penguin Group, picked up four medals – one Gold and three Silver 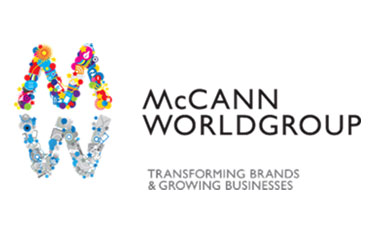 McCann only Indian winner at 2014 Andys

The agency, which won for its ‘Author headphones’ campaign for Penguin Group, picked up four medals – one Gold and three Silver

The 2014 Andy Awards saw McCann Worldgroup from India coming back with four medals – one Gold and three Silver. The agency, the only one from India to have won this year, bagged the Gold in the ‘Collateral Design’ sub-category, while the three silvers came in 'Entertainment' (Newspaper), 'Illustration’ (Newspaper) and Entertainment (Out of Home) sub categories, respectively.

All the awards incidentally were won for the same work – ‘Author headphones’ for the Penguin Group.

“Andy award are really prestigious I have judged there many times and always have found a great jury there. It's an honor to win at Andy's. We at McCann will cherish the honour,” said Prasoon Joshi, President South Asia, McCann Worldgroup.

Celebrating its 50th year, the International Andy Awards is one of the most sought after awards for creative excellence. Beginning as a New York print only show, it has now evolved to an international show par excellence, comprising print, radio, television, out-of-home, direct mail, video/cinema, interactive and other media. The Andys are also one of the very few not-for-profit awards in the industry where proceeds go directly to The Advertising Club Foundation to fund its education initiatives.

The Andys also give a Grand Andy, which they call the Grandy, to one work which is chosen as the absolute best in the show that year. The Grandy winner is also given a prize of $50,000. This year’s Grandy went to Droga5?s Thunderclap campaign for DE-DE. The campaign won in the Agency Innovation/Creative Technology category, as well as picking up another Gold in Social/Creative Technology category.