Zafar Rais, Founder & CEO, MindShift Interactive, writes about the relevance of selfies to brands and how the likes of Dove and Max Bupa have tapped into this potent audience group 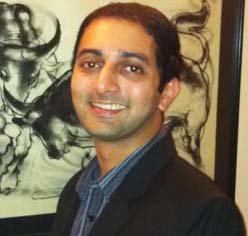 Zafar Rais, Founder & CEO, MindShift Interactive, writes about the relevance of selfies to brands and how the likes of Dove and Max Bupa have tapped into this potent audience group

(n.) a photograph that one has taken of oneself, typically with a smartphone or webcam and uploaded to a social media website.

The Oxford Dictionary Word of the Year is a word, or expression, that is chosen once it begins to attract a lot of attention during the year, reflecting the ethos or mood of the particular year and having cultural significance. The word is shortlisted through over 150 million words of current English that are in use across the web. Selfie, as an expression and action, has garnered a large amount of traction within the last one year with an increase in frequency of use of the word by 17,000 per cent, making it a choice with little debate.

A lesser known fact is that selfie was first used in 2002 on an Australian online forum and then gained momentum via social media in 2013, becoming mainstream shorthand for a self-portrait photograph. According to a 2013 survey, two-thirds of Australian women aged 18-35 years take selfies with the purpose of posting it on Facebook, the leader when it comes to the platform where the largest number of selfies is posted. Samsung’s poll shows that 30 per cent of the photos taken by people in the age group of 18-24 years are selfies and that resonates louder with Instagram proudly highlighting the existence of 35 million selfies on the platform as of October 2013.

A selfie is a way of you showing something about yourself making you question the Duck Selfies which are claimed to perform 1,112 per cent better than regular selfies on Instagram!

So, why does one need to take selfies?

Given that social media platforms are breeding grounds for flattery and support from friends in the form of likes and comments, it’s no surprise that the term gained popularity amongst various age groups and audiences alongside the adoption of Instagram. The youth are digitally born and their opinions and decisions are driven by what their friends think of them and what makes them constantly connected. How they’re perceived and accepted is defined by the places they go to, the clothes they wear and even the lip shade they’ve considered for the day. All this, and the company they keep, gets covered through a selfie, giving them a boost in the way they see themselves and present themselves in front of others. The youth develop themselves based on societal acceptance and the competitive nature of humans through likes, comments and shares boosts our morale and compare our lives, giving the confidence of being accepted.

What you’re wearing and where you are were the most common selfies until the celebrity selfie at the Oscars was shot by Ellen DeGeneres at the 86th Academy Awards with 12 celebrities, becoming the most retweeted photograph ever garnering a total of 3 million retweets and receiving total impressions of 32.8 million through Twitter and news sites. Ellen’s group selfies brought about the current trend of taking selfies in large groups, termed as #Ussie or #OscarSelfie, also increasing the audience age group to older adults.

The business that selfies have opened up is evident with technology investments through mobile applications that help you touch up your photographs to mobile messaging platforms like Snapchat created with the intention of chatting via photos or videos, to smartphones with front-view cameras that make it easier to take multiple photos until you get the right one to be labeled as your selfie.

So where are selfies being shared?

With 35 million selfies posted on Instagram, it is responsible for making selfie what it is today. Instagram’s key success factor continues to be the ability to touch up photographs before they go online. Having said that, as of now Facebook leads the way with 48 per cent usage of selfies coming from it but the ability for tools such as Instagram that sync with Twitter and Facebook seamlessly to increase outreach will go on to make Instagram a leader in capitalising upon the selfie phenomenon.

Selfie as a hashtag grew more than 200 per cent in usage since January 2013 while making way for adaptations in the form of #selfiesunday, #selfienation and some rather interesting hashtags doing the rounds like #belfie(bottom selfie), #aftersex selfies with people snuggled up to their lovers and, of course, the #OscarSelfie which brought about the trend of taking photographs in large groups and is also termed as #ussie.

Do selfies have any relevance to brands?

Wherever you look, it’s a given you will see people standing with their phones and arms stretched out, ready to click a selfie. This gives rise to a marketers need to tap into this potential audience and get their attention. The keyword here continues towards being the essence of social media – gaining insights about your consumers by listening to them and decoding what they truly want, and how they want it. This, merged with understanding mindsets behind a selfie, and how to go about creating a connect with your brand would ensure success for the brand. Here are a few who have rightly merged consumer and brand insights to achieve success on digital.

Selfies were used as a route to inspire through a series of videos celebrating real beauty and showcasing how social media helps redefine beauty. The videos highlighted how mothers and daughters compare their perceived flaws to attributes others compliment them on. The video garnered a total of 9 lakh views and helped create a mind shift amongst each of the individuals interviewed on how they saw themselves. In India, Dove launched the #DoveSelfie contest inviting women to take a selfie of their best hairstyle as per the theme of the day and post it across Facebook, Twitter or Instagram.

Highlighting their insurance plan targeted at the entire family, & tapping the Indian sentiment of taking photographs with family members, Max Bupa encouraged Twitter audiences to take a family selfie with their loved ones. With participations from influential tweets, the campaign garnered a total outreach of 244,000, driving further awareness of the brand on Twitter while giving it a boost 500 targeted followers within four days.

In order to promote the brand’s latest backpack, the campaign highlighted how everything is done backwards in today’s times, and included the concept of reverse selfies, where one had to show off their unique style with their backs facing the camera either with the help of a mirror or get it clicked by someone.

Leveraging smartphone users and with the attempt to help people take better selfies, the contest roped in ace fashion photographer, Atul Kasbekar, and launched an Android and iOS application with filters to enhance the look of the selfie taken, along with tips from the photographer himself. With the limitations alcohol brands have in marketing themselves, this was an excellent strategy towards connecting with the youth and creating brand evangelism.

As brands tie in with the term and get their hands around it along with a better grasp of visual styling networks like Instagram, the future of selfies seems promising and the word definitely won’t be just a fad.

Apple has embarked on a mission to allow their users to take the highest quality of selfies from their smartphones in the history of humanity while also offering a new section in the iTunes store dedicated to Sharing Selfie apps while fixing lenses to the iPhone.

Instagram sees a daily traffic of 7.3 million users, and an average of 60 million photos uploaded daily. Being acquired by Facebook makes it more seamless and susceptible of owning and leading the selfie domain for years to come.

Gmail, in an attempt to be at the forefront of innovation, has recently announced ‘Shelfie’, the Shareable Selfie, built on the idea that you shouldn’t be selfish with your selfie. Shelfie enables you to check, read and write emails while seeing your face in the background. The confidence Gmail shows is evident with their claim to make Shelfie the Word of the Year 2014.

As they say, there is no such thing as bad publicity and that becomes evident with accusations being thrown at selfies of increasing enquiries with plastic surgeons to making the next generation vain and addicted to their phones.

(Zafar Rais has an experience of 15 years in Marketing, Branding, Business Development, Operations, Research and Product Innovation. He has played various roles in his career but with a focus on Digital, a calling that came while he headed branding at Kellogg India, taking on the onus of creating interactive social engagement. Through his entrepreneurial venture, MindShift Inetractive, Rais aims to deliver an insightful digital outreach for businesses and create a Social Media presence that is intelligent, impactful, innovative and, most of all, sustained. His leadership, MindShift Interactive runs three verticals, namely, MindShift Digital (Digital Marketing & Influencer Relations), MindShift Metrics (Digital Research Consulting) and MindShift Activate (Events & Promotions.)