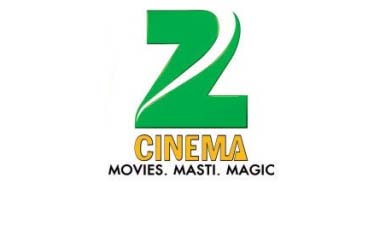 Zee Cinema, India’s first Hindi movie channel launched in 1995 with the philosophy of ‘Movies, Masti and Magic’, has been a part of every household showcasing some of the biggest hits and blockbusters in the history of Hindi cinema. This Saturday, April 5, 2014, Zee Cinema celebrates its glorious run of 20 years. Having pioneered the trend to exclusively showcase the best of Bollywood, the channel has some exciting plans lined up to commemorate the milestone.

Zee Cinema has always believed that movies are a way of life. As part of the celebration, the channel is giving all its fans an opportunity to share their views on the channel turning 20 years – and stand a chance to win exciting prizes by participating in a contest running on the channel on April 4 and 5, 2014. A special microsite that encapsulates ‘Movies, Masti and Magic’ has been created where fans can log in for exciting trivia and entertainment. Zee Cinema also has a series of entertaining activities planned for all its stakeholders.

ZEEL Head – Marketing, National Channels, Akash Chawla, said, “Zee Cinema has been the most loved brand on Indian television since the last 20 years purely due to the love and affection of our viewers. The activities we have planned for this special day is our token of appreciation for the loyal support over the years.”

Cluster Programming Head, Hindi Movie Channels, Ruchir Tiwari, added, “Over the last two decades, Zee Cinema, has been a frontrunner among Hindi movie channels and the secret of our success lies in the hearts of millions of our viewers and supporters of Hindi Cinema. We are excited about the celebrations planned and it’s only befitting to reward our viewers. Every year we set out to break our very own industry records and that is what makes everyone in the Zee family very proud today as we gather together to celebrate 20 years of Zee Cinema.”

In addition to acquiring blockbusters, Zee Cinema has entertained movie buffs with much loved properties like 'Shanivaar Ki Raat, Sitaaron Ke Saath', 'Cinema Hall', 'Double Mazza' and 'Movie of the Month'. With a growing presence on digital media and with gaming avenues and many more movie offerings to come, one can guarantee that the world’s biggest Hindi movie theatre – Zee Cinema – is all geared to entertain its viewers in the years to come in many unique ways.