When a little means a lot with Tata Docomo ‘Stretch Recharge’

FCB Ulka has conceptualised the campaign for Tata Docomo’s internet recharge packs meant for the limited user, with the campaign idea aligned to the core thought of the brand – Open Up 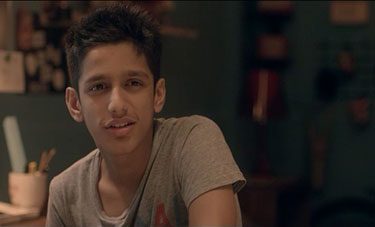 When a little means a lot with Tata Docomo ‘Stretch Recharge’

FCB Ulka has conceptualised the campaign for Tata Docomo’s internet recharge packs meant for the limited user, with the campaign idea aligned to the core thought of the brand – Open Up

FCB Ulka has rolled out the latest ad campaign for Tata Docomo which is aligned to the core thought of the brand – Open Up. The essence of ‘Open Up’ was to inspire consumers to overcome inhibitions and be their real selves by expressing their feelings without hesitation. And this time the agency has taken the thought forward in promoting the brand’s latest product offering in the internet space. Internet is the next big focus area for telecom operators and Tata Docomo has come up with a pioneering product offering in this space.

There is a majority of mobile internet users who are not heavy users but are forced to activate packs that make them end up wasting a lot of data every month. Hence, to cater to this miffed consumer, Tata Docomo has launched internet recharge packs called Stretch Recharge which not only gives the consumer an amount of data that is just enough for this not-so-heavy user but also packs in extended validity, making sure that the consumer is not left with a feeling of wasting data when his usage is limited.

To communicate this effectively, the agency has drawn an analogy between the consumer’s limited usage of internet with the instances of opening up in limited words or gestures. There are times when people say a lot in just a little. This consumer truth is what has inspired the campaign idea.

After the brand thematic communication stance of ‘Open Up’ released last year, the current campaign is a progression from there that aims at establishing one of the multiple dimensions of the core thought of ‘Opening Up to express freely’.

The campaign consists of two films that have been released at present. There are more in the series that would be released in a phased manner.

Ritesh Ghosal, Head-Brand Marketing, Tata Docomo, said, “Stretch Recharges are an industry-first innovation offering 60-day validity at the price of 30 days, hence targeting light and medium data users with a lot more validity with just a little less data packed in. The creative approach has brilliantly interwoven this product insight into the campaign.”

Vasudha Misra, Sr. Creative Director, FCB Ulka, commented, “While the first campaign was about establishing Open Up as a concept, this time it is about depicting shades and interpretations of Open Up.”

According to Sudipto Poddar, General Manager, FCB Ulka, “Saying a lot in just a word or a gesture is one of the dimensions of opening up without hesitation and the campaign idea carves out an effective and relatable corridor for the ‘Open Up’ brand philosophy.”

The TV campaign will be supported with communication on- ground and retail touch-points.