The partnership aims to create dual, interactive content for both viewers and followers to be a part of the conversation 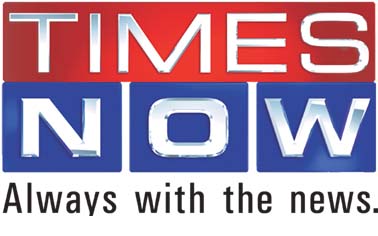 The partnership aims to create dual, interactive content for both viewers and followers to be a part of the conversation

Times Now and Twitter have come together to a first of its kind partnership in India with the social media platform associating itself to exclusive content offerings created by Times Now. The partnership is aimed at creating dual, interactive content for both viewers and followers to be a part of the conversation.

This is a direct result of the success that Times Now has seen in the social media space in the last one year creating huge properties which have garnered not just audiences but shaped the Indian social media space. These range from creating the biggest non-sporting event on Twitter in the form of Rahul Gandhi’s interview with Arnab Goswami which created more than 50 crore potential impressions, to using vines to promote a show for the first time in India to creating a simple hashtag which became synonymous with the state elections in 2013 – Times Now has constantly reinvented itself on Twitter. In fact, the #rahulspeakstoarnab hashtag trended for more than 48 hours in India and first 7 of the top 10 trending topics were related to the interview.

For the general elections, Times Now and Twitter will introduce several innovative properties which give a real time, updated picture of public opinion.

Times Now will leverage its substantial presence on Twitter to provide the audience with exclusive content created specifically for the platform. This will be in the form of infographics and videos, giving the followers a ringside view of election results with updates throughout the counting day.

Twitter will also have a live Sentiment analysis of Twitter feeds – and participation of viewers in Times Now debate by inviting them to tweet video questions using the Vine app. This will be done by using the hashtag #IHaveAQuestion. This gives viewers an unprecedented opportunity to be a part of the political debate and add their voice to it.

This will be boosted by access to exclusive real-time data from twitter which will be presented to both TV viewers and social media followers in interesting formats - adding an entirely new perspective to the election coverage.

The entire election coverage will use the hashtag #WhoWillFormGovt which will bring together opinion makers and influencers as well as common people on the platform.

Apart from this, Twitter is also trying to make information more accessible through a novel initiative called Tweet to SMS. Through this, people will be able to follow the Times Now twitter handle and more importantly, get election related updates via SMS, making it much easier to keep track of the news.

Avinash Kaul, CEO, ET Now, Times Now & zoom, said, “Times Now is one of the few TV channels in India which keeps Social Media at the heart of content & brand marketing. Content on Times Now Social Media platforms is fully integrated with our TV content & that has worked wonders for us. Times Now has emerged as one of the buzziest brands on the Social Media space.  With this exclusive partnership with Twitter we would like to create a truly unique content proposition for our viewers as the country awaits the results of the largest elections the world has ever seen.”

Commenting on the innovation, Rishi Jaitly, India Market Director, Twitter, said, "Twitter is the world's leading mobile, real-time information network where users follow, share and experience content that is live, public and conversational. Only on Twitter can people connect with and express their sentiments on issues that will be debated and decisive during this election season. We are happy to see TIMES NOW innovating on Twitter by using our platform extensively to share breaking news, tell inclusive, crowd-sourced stories and offer an interactive, exclusive second-screen content experience."

Arnab Goswami, Editor-in-Chief, Times Now, said "This is going to be the beginning of a very new and exciting partnership that we have with Twitter. Through Twitter we will present a totally different level of streamlined live analysis, sentiment analysis which will give viewers a sense of not just the news, when the results come out, but also as to how Young India and all the people on Twitter are responding to the issues which we put out on Television. So we expect a far great degree of interactivity through our association with twitter, and we are really happy that Twitter and TIMES NOW have come together in this partnership."

Times Now is also going to leverage its two million plus social media audience to create awareness about the need for voting as responsible citizens, through the #getinked drive. We will encourage voters, especially first time voters to click selfies of themselves with the voters’ ink on and encourage their friends to do the same. We will be collating these voting-selfies on a dedicated microsite to showcase the democratic process at work.

This will make it much easier for users to follow both on-air and online election coverage and stay updated on the go.