Launched in 2010, the campaign was successful in setting the tiger agenda for the Nation 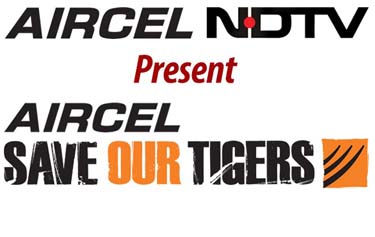 Launched in 2010, the campaign was successful in setting the tiger agenda for the Nation

Carrying forward the mission to ‘Save Our Tigers’ - the largest and the most comprehensive media campaign on tiger conservation till date, NDTV and Aircel have announced the 3rd season of Aircel NDTV Save Our Tigers . Launched in 2010, the campaign was successful in setting the tiger agenda for the Nation.

Launching the 3rd edition of the campaign, Anupam Vasudev, Chief Marketing Officer, Aircel said, “Aircel has been passionately working towards its initiative ‘Save Our Tigers’ with noted conservationists and organizations with an aim to create mass awareness on the plight of the magnificent tiger and rally efforts to save it. There is no denying the fact that ‘Tigers are Irreplaceable’ and are extremely crucial for securing the environment for our future generations. We are confident that like the past two editions, this year’s edition of Aircel-NDTV ‘Save Our Tigers’ campaign will further increase the level of participation and support for the cause.”

Speaking on the occasion, Vikram Chandra, Group CEO, NDTV Group said, “NDTV is overwhelmed by the nationwide response received for the first 2 editions of the campaign. We are now coming up with the Tiger Agenda for the 3rd edition and will be looking at key factors such as reducing man-animal conflict, protecting tiger habitats, strengthening the forest department and more.”

The current edition will focus on and highlight key factors – existing buffer zones and corridors to be clearly identified and control to be ensured by forest department; local community involvement; strengthening of forest department; human-animal conflict management solutions; bio-diverse forest areas to remain inviolate and push for political will