Conceptualised by Publicis India, the campaign extends the brand’s ‘strength’ attribute subtly to the walls of disparity and disharmony 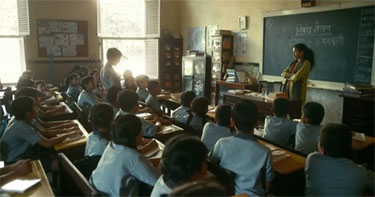 Conceptualised by Publicis India, the campaign extends the brand’s ‘strength’ attribute subtly to the walls of disparity and disharmony

Every once in a while there comes a campaign which raises questions beyond the brand's products. Ambuja Cement's new TVC is exactly one such campaign. The thought-provoking campaign has been designed by Publicis Worldwide.

Ambuja Cement has launched a new TVC after four years, this time focusing on social awareness. The essence of the campaign captures how there are many walls around us and not all of them are made of cement and concrete. There are walls of the metaphysical kind, the kind that infuse disrespect and disharmony among people.

The challenge for Publicis was to portray Ambuja, an already established cement brand, as something which can start a dialogue. Ambuja has always stood for strong walls. Was it possible to escalate that brand promise into something more than just a cement brand?

‘Ambuja is an iconic cement brand and for many years has stood for strength. The next phase of the brand had to take the strength to the next higher level – from mere physical and utilitarian to something more exalted. This is where brands can play a bigger role. When the physical identity of the brand is well established, the brand can become a social commentator,” said Partha Sinha, Chief Strategy Officer, South Asia, Publicis Worldwide.

After doing an audit of the brand assets of Ambuja, Publicis found that ‘the wall’ is possibly the biggest asset that the brand owns outside the idea of strength. They started working around this idea. At the same time, they knew what they were thinking of was a sensitive topic and wanted to pose the question in the correct way. Thus, the TVC featuring children asking pertinent questions came about. The commercial subtly focuses on the strength attribute to break the walls of disparity and disharmony among people.

The 60-second TVC opens with a school teacher asking one of her students to recite a passage about walls. The student speaks about walls being of two kinds: good and bad. Upon being asked to explain, he says the good ones are good. But then he pauses. He tells the story of his friend – a Muslim boy with a promising talent in cricket. However, his friend doesn't play with him anymore. According to his uncle, he tells his teacher, there is a ‘wall’ between them. The teacher is embarrassed and saddened to hear his story.

“Walls, in the current cultural context of India, have their benefits and disadvantages. On one hand, they are protective; on the other, they are divisive. And what we figured out was that the divisive walls are mostly invisible. Thus we came up with the idea of good walls and bad walls. If Ambuja as a brand had been the strength of the good walls, it should also help break down the bad and invisible walls that create divisions in society,” explained Bobby Pawar, Chief Creative Officer, South Asia, Publicis.

The campaign's timing is also suitable, keeping in mind the run-up to the General Elections this month and next and the recently concluded T20 Cricket World Cup. The TVC will also be followed by digital advertising on leading social networking sites.